13 Malaysian Slangs You Should Use More Often

Let’s talk about rojak – not the food bit.

The world of language opens many possibilities to innovate newer words in the field of linguistics. Slangs, in particular, have been running wild across the globe throughout history, and Malaysia never left out on the latest trends. You’re probably familiar with ‘slay’, ‘lol’, ‘shook’ and many more internet lingo galore. Malaysia has its own unique twist to their vocabulary culture which comes off as endearing to the wonders of the country’s lingua franca.

So why is the Malaysian slang generally called rojak? Rojak as a dish is a concoction of fruits, vegetables, and crackers. In a verbal sense, it is a mixture of different languages. For instance, words like mempersiasuikan have a mixture of Malay and Hokkien, with siasui being the Hokkien portion.

Here are 13 Malaysian slang words everyone should learn and use in their daily lives:

If you are familiar with the Western facepalm, alamak is the Malaysian kind of a facepalm. Malaysian usually uses this slang like how Westerns said “Oh no!” whenever something bad happened to them. Alamak expresses shock, dismay, concern and sometimes forgetfulness.

Remember back in the days, you would sneak into the freezer in the middle of the night for your third ice cream? Suddenly, you feel your hair prickles up as you sense a malicious pair of eyes peering from behind and caught you red-handed.

“Ha, kantoi!” Your sibling cries out and runs away to tell your mom.

Kantoi is the Malaysian Phineas and Ferb’s way of saying ‘busted’ (the only difference is, the brothers never got caught in the series). Depending on the context of the situation, it means you are in trouble for doing something behind someone’s back or behind the scene. Don’t worry, the slang comes in a friendly or joking manner . . . most of the time.

You have been craving for your favorite food from your favorite restaurant, but you are too lazy to dine-in there and prefer the comforting ambiance of your home. So you requested a take out for your food. In Malaysia, we call this tapau (ta-pow). Tapau is derived from a Chinese word, ‘da bao’ which is defined as take away.

When the jokes fall through so badly, it is either your friends laughed at your failed humor or they want to get rid of the awkwardness in the air by heavily implying how terrible you are at comedy, or they have the urge to throw you out of the window for getting sick of your jests. Hambar means dull and not so exciting. It is mostly used when someone tells lame jokes, hence the longer version of the slang, lawak hambar.

You see them everywhere, anywhere, anytime – physically or virtually. In fact, you may be one too without realizing it. The word makcik is translated to aunt in Malay, whereas bawang is onion. So why ‘aunt onion’? Usually, makcik bawang are women who like to gossip, but not really does the title is honored for females only. Anyone or everyone, regardless of gender, has something to say about other people. Whether it be about celebrities, the neighbour next door, or even a person you are familiar with walks past your way, and you are reminded of rumors revolving around him or her.

No one can escape from the urge to talk about someone, and the layers upon layers of rumors (hence the onion analogy) circulating from one person to another produces a never ending chain of the truth and some exaggerations from here and there to make it all the more interesting to chit chat about with your friends. It is one of the Malay slang words nobody can escape from.

Mamak is addressed to Malaysians with Tamil-Muslim backgrounds. Now, the term is mostly referenced to the classic coffee shops one can find at every corner of any business premises, operated by Indians or Malays. They are the staple hangout spots for Malaysians who would like to catch up with their friends and are the hottest place for sports events, which adds up the liveliness of mamaks.

Mamak is a cultural reset in Malaysia for their culinary goodness! You can choose any mamak store to order the same roti canai and nasi lemak for breakfast and leave the restaurant feeling full and happy to go about your day.

Malaysia has a thing for their weird spellings and cringy accent for their local slang. Tacod is one of them. To put it simply, the baby-ish pronunciation, “touch wood”, gives an intonation that may or may not be adorable or make your tightly clenched fist feel squirmish to punch the stone wall (in other words, cringe). This slang is derived from the real word in the Malay dictionary, ‘takut’, meaning scared. It is normally used when something unexpected happens which leaves you in disbelief, giving you a little sense of nervousness. If you found out a guy in your class with a creepy vibe dating your friend, you would feel tacod at the thought of their relationship.

The Malaysian version of the famous Japanese linked verb, ‘desu’ and Usada Pekora’s ‘peko’, but there is a longer history than that. The thing is, there is no definite explanation for lah. It’s just there, existing since the pasts of Malaysian vocabulary. Rather, lah is like an additional flavour in your dishes for an emphasis to your sentences, giving you a bon appetite taste. It is compulsory to put lah in any speech, whether to make it sound polite or to stress about how deeply significant your words are to the ears. Even for English-speakers living in Malaysia, lah is an inescapable feat to leave out in a full English sentence.

Most people have a habit of arranging and twisting their words to make it sound convincing or, in other words, sugarcoating. Malaysian has it easy because of this slang, which does not require much thinking in their sentences. Just slap kot at the end of your speech and you are free to go without any worries!

Kot is a must-have in many sentences but is moderately used. Sometimes, you use words like sort of or kind of when you are unsure of yourself. Kot is the same concept, only that it is Malaysian type of ‘I think so’ and ‘maybe’. However, as a listener, you need a definite answer to your question. Imagine asking for your boyfriend’s opinion if the dress you wear looks cute on you or not.

You are left to question yourself more: is that a yes or a no?

It is self-explanatory – even the pronunciation is just the same as well as the meaning. Setel came from the real English word ‘settle’, which means done or solved. The spelling is intentionally wrong to Malaysian-ised it, technically, it is a Malaysian English slang (or Manglish).

Haiyaa is a Chinese slang, an exclamation originally from the Chinese community to convey a ‘max level of disapprovement’ to someone.

If Haiyaa portrays a negative reaction, Fuyoo would be its positive counterpart. It is a Malaysian stamp of approval especially when something amusing happens that deserves praise. Let’s say your friend’s performance is so impressive that you have to let the slang out of your tongue:

This slang is uncommon now, but Uncle Roger made this trending globally.

Surely you have heard of this quote before from our favorite Malaysian Youtube personality, Nigel Ng! However, we are not talking about the name ‘Roger’, rather the slang itself.

Are you an avid fan of military-themed films like Hacksaw Ridge and The Thin Red Line? You would probably hear movie quotes like “Roger that” whenever a character receives an order from their other soldiers. As a slang, Malaysians use roger to imply calling, telling or getting into contact for any matter. “Pape roger” is the most popular phrase in the country, interpreted as “If anything, just let me know.”

This list of Malaysian slang is not the only one there. Thousands more trendy words are out and about across Malaysia that has been invented to keep the language culture ongoing like how it is now. Old slangs like padan muka (serves you right), kekwat (diva-ish attitude), and kanak-kanak ribena (happy go lucky) as well as new slangs like izzit (is it?),  palatau (know-it-all) and tiber (suddenly) have paved more ways for the beautiful language, giving many varieties to the style of speech. For more slang to learn and master the terminology like the local you are, you can check out Slang Bank on Instagram. It is a social trend page,  mainly for publishing hundreds of posts into a collection of Malaysian Slangs. There are over 400 slangs made public via their feed which speaks out the evolution of Malaysian vocabulary that sees no end.

To this day, the colloquial slang gradually produces new phrases everyday which bring more colors to the Malaysian language. 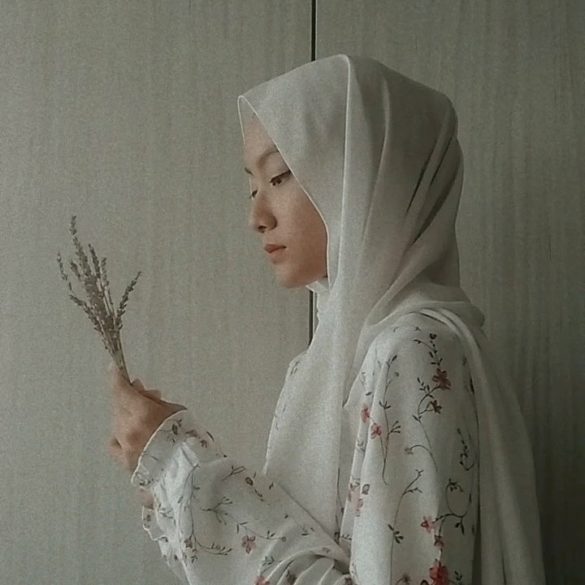