WFH: What Are The Advantages And Disadvantages

Gig Economy: 5 freelance jobs that you can do in...

E-Banking in Malaysia: Why It Is Important?

Ever heard of people saying that reading is the bridge to knowledge? Reading as a hobby has been a norm amongst people all around the world since a very long time ago. However, they don’t have this book rankings we used to do like top 10 best fantasy books. The documents and relics from the past have shown that people have been reading, collecting books from another region and even translating them into their mother tongue language. Books were even considered more expensive than gold during the olden days. At that time, only the royals and nobles are allowed access to the beautiful libraries . It is considered a luxury that the commoners cannot afford. That is how important books and reading materials have been looked at.

In this 21st century we are all living in, the value of books is not worth more than gold. But people still appreciate and love reading them. However, reading habits have not been easy to instill for Malaysians. Among the Asian countries, Malaysia is known to have less number of readers compared to other countries like Japan and South Korea. We can see how the government worked hard in order to promote this habit into the citizens with the implementation of NILAM (Nadi Ilmu Amalan Membaca) program in all schools in the country.

As time passed by, however, it is recorded that more and more people love reading now. The variety of genres have helped attract their attention in order to read, no matter through the books or e-books. Some of the genres are mystery, horror, thriller, comedy, motivational and romance. Adults commonly love motivational and travel themed books, while teenagers prefer romance and horror. However, there is this genre which is loved by people from all ages, which is fantasy. It is easy to see why top fantasy books are that popular as those who like recreational reading. They enjoy such books where they can read for fun and release their stress while getting absorbed in the plot. The best fantasy book of all time commonly featured space, dimension and characters that did not exist in our reality.

As a way of comfort during our current implementation MCO (Movement Control Order), here are the 5 best fantasy books recommended for your free time.

This series is popular and has been adapted into a movie in 2016 due to its reputation as one of the best fantasy books. Sold for over millions of copies and translated into 40 languages, it is easy to see why this book has become such a hit for fans of fantasy. Basically, the story revolves around sixteen-year-old Jacob who explores an abandoned orphanage his grandfather once lived in. It was located at a remote island off the coast of Wales. The crumbled ruins were filled with so many mysteries and secrets. The children who lived there are peculiar in the ways where there is a girl with a mouth behind her head, a girl who can float, an invisible boy and a few other characters with their own peculiarity. Against all odds, they are all still alive and living in a time loop which involves Jacob’s dead grandparent. It is the best mix of the genres and photographs where the readers would be more absorbed into imagining the story.

The False Prince (Jennifer A. Nielsen)

The first book of this series was published in 2012 by Scholastic Press. It has won many awards such as the 2015 Intermediate Sequoyah Book Award and was recorded as one of the ‘Most Notable Children’s Books of 2012’. Set in a country named Carthya, it tells the story of Sage who has been kidnapped by a noble along with three other boys from their orphanages. They were then trained to impersonate the lost prince of Carthya in order for the noble to gain control of the throne. After the death of the royal family, the country was in a risk of civil war. Eventually, only one boy will survive as the false prince. The plot twist of the book is super thrilling that you will be sitting at the edge of your seat. This is definitely with it to be in the list of fantasy book recommendations.

The School for Good and Evil (Soman Chainani)

Another great series on the list of best fantasy books is The School for Good and Evil. If you are a fan of twisted fairy tales and fantasy, then this will be your favorite for sure. The book is about a world where two children resembling ‘good’ and ‘evil’ were taken away from their homes every few years in order to be trained at an enchanted institution. In the schools, the good children will be trained to be the heroes while the ‘evil’ trained to be villains in fairy tales. Some of the students who graduated from the school are those from famous fairy tales like the Jack from Jack And The Beanstalk and the Witch from Snow White. Follow the story of two best friends, Sophie and Agatha in their new school!

Percy Jackson And The Olympians: The Lightning Thief (Rick Riordan)

This series is one of the best fantasy books ever published with the perfect mix of fantasy and adventure. Percy Jackson is a normal, plain boy who later learned that he is a demigod, born from the love of his human mother and Greek God father, Poseidon. He went to Camp Half-Blood where hundreds of other demigods were sorted out according to the Greek Gods and Goddesses’ parents. Then he was required to go on a quest with a prophecy as his guide. Read about his journey to reclaim his honor after being accused as the thief of lighting.

Published by the company of Penguin Group which is known for its best fantasy book series, As a pair of best friends, the girls of the Vampire Academy have more secrets than you thought as their roles in the story progressed. As a princess of the Moroi vampires, Lisa has always been the aim of the world’s most dangerous vampires. However, that is where her bodyguard, Rose, is needed. They went through many troubles and fun in the boarding school for vampire elite, St. Vladimir’s Academy.

With that, these are some of the best fantasy books that you should check out during the MCO. With how interesting the plot and characters have been created by these great authors, you will not even realize how fast time flies. Just sit down and start reading one of these books in the recommendation. You can even check out the book reviews available online. Happy reading! 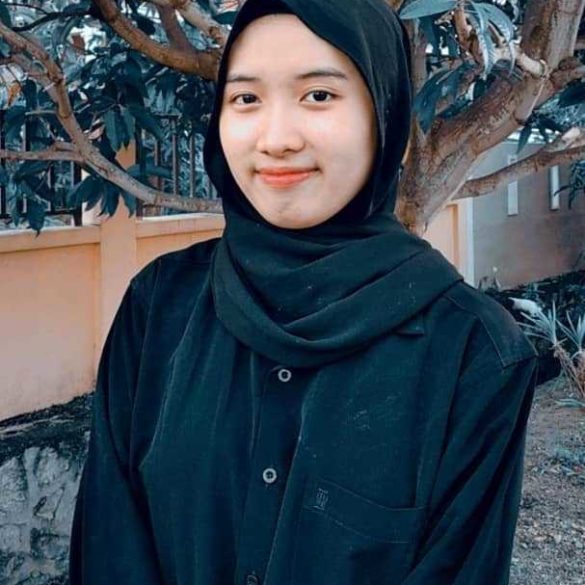 Taeha Firdaus
I write a whole lot, for.. health reasons.