5 Video Games To Play During Lockdown In Malaysia

Now that everyone is stuck at home because of COVID-19, they are getting sick and tired of browsing through the same social media platforms everyday. For some, they seek their entertainment through video games. But, where does one look for games to play without worrying about wasting their money?

Here are 5 video games to play in Malaysia that you can play to pass time. These games are available in Steam and the prices listed are when they are not on discount.

Its been 11 years but its finally here, the fifth installment to one of the most popular hack and slash games by Capcom, Devil May Cry 5. It is one of the many video games to play in Malaysia that is enjoyable among its genre.

In this installment, many recurring characters are returning to the series including the series’ most beloved character, Dante. In addition to that, a mysterious character called V enters the fray introducing a new playstyle for players to experience. Compared to the usual close combat gameplay, V commanding three summons to deal damage but aren’t able to kill enemies. This is where he swoops in to deal the final blow, encouraging players to be in the middle of combat.

Veteran players will be able to play as these returning characters with slight changes to their move sets in this installment. With access to new weapons and more advanced combos to learn, DMC 5 will always feel while players will find multitude of ways to chain their combos. Nero has access to multiple bionic arms that functions differently. From the shocking Overture to the Buster arm that recreates the feeling of old Nero’s playstyle from DMC 4. As Dante, he has gained a larger arsenal of weapons to play with. From his well-known sword Rebellion to dual chainsaw-motorcycle weapon Cavaliere, his skill level has significantly increased. Additionally, he has the ability to swap between all of his weapons on the fly.

In November 2020, they released Devil May Cry 5: Special Edition featuring playable Vergil to promote the newly released consoles. Since DMC 3, Capcom would re-release special editions of the game adding new features, including playable Vergil, encouraging their fans to buy again. However, PC and older generation console players would have to wait for a month to play Vergil without the additional features.

Devil May Cry 5 costs RM 57 and an additional RM 21 if you want playable Vergil.

Platinum Games’ Nier: Automata took the world by storm a few days after its release. It is one of the most popular video games in Malaysia as it was commended for having one of the best stories and soundtracks in the gaming industry.

Players get to explore the world in a post-apocalyptic settings starting from a ruined city taken over by nature and the open desert to a flooded city and circus taken over by robots. It has also a variety of weapons for players to choose from and two weapon slots that allows players to swap weapons in the middle of combat. Players will start as 2B as she and her sidekick, 9S, fight machines to help humanity regain their freedom. Once they are done, players are able to “start a new game” and play 9S’s perspective. Although it may seem, short and repetitive, Nier: Automata has a darker side, more intense story on their third playthrough.

Nier: Automata is one of the best games to play blind on your first playthrough as you interact with various characters and enjoy some of the best soundtracks in gaming history. Dedicated players can try to unlock endings from A-Z with A-E being related to the main story.

Nier: Automata Game of the YoRHa edition is available for RM 169 that includes the DLC.

You may have heard of this series before as it is featured in Netflix with Henry Cavill playing as the main protagonist, Geralt of Rivia. Despite its popularity today, The Witcher franchise is not as popular as you would think. The Witcher 3 is a non-canon series to Andrezj Sapkowski’s novel as the developers used characters and the world established by the author. Even then, it has become one of the major hits video games in Malaysia and the whole world.

The Witcher 3 has a unique mechanic that allows players to load their save file from the previous game. This allows players to decide if recurring characters from previous games to appear in modern graphics. However, players who are new to the franchise can still experience without any knowledge about the series. With its unique storytelling, it offers a replayability to allow players to achieve different endings. Depending on their actions, they can also affect the world of the game as well, for better or worse.

In terms of gameplay, combat feels fluid as players can dodge and roll out of combat to give himself more space. With the introduction of different skill trees, players are able to create their own playstyle. With a wide variety of potions and tools, players can give themselves buffs and giving themselves an advantage in combat. Most importantly, players have two swords silver and steel that are more effective on certain enemy types.

Despite being a non-canon story, The Witcher 3 has one of the best storytelling in the gaming community. With its unique storytelling, even the strongest men would cry at certain quests. Aside from the main campaign, side quests are also worth investing into for some comedy relief.

The Witcher 3 is available for RM 129 that includes Blood and Wine and Heart of Stones.

Are you a gamer that likes rogue-like games and have interest in Greek Mythology? Well, this is one of the video games you can play in Malaysia.

You play as Zagreus, the son of Hades, and you are escaping from Hell to reach the surface. However, each death will reset your progress with guardians of each floor preventing you from escaping. With the help of Olympus gods, you receive buffs that makes your escape easier. But, it is up to the players’ skills to truly escape from the Underworld. The story begins to unfold as you talk to NPCs, unlock more skills and weapons throughout your playthrough. Each weapon has aspects of certain gods and heroes that will change your gameplay dramatically.

Whenever you die, you’ll respawn back in Tartarus which is your home with Hades attending a long queue of souls. You can walk around to talk with NPCs and bosses that you have just beaten in the last run. You can give some of these NPCs nectars you find during your escape to enhance your bonds with them. They will give keepsakes that provides buff or boosts the chances of getting higher rarity boons from certain gods.

Throughout your escape, you will collect gemstones that upgrades your home in Tartarus. You can buy pots of plants, carpet and even a dog bed for the goodest boy, Cerberus. It can be also used to add more things to Zagreus’ living quarters to make his room more lively. Some features, however, are locked behind boss rewards which further encourages replayability.

Despite not having an antagonists, Hades can still rope in players with its unique casts members. Each NPCs have their own unique personality and perfect voice acting that suits their characters. With the ability to mix different boons every run, players will always find their escape attempts refreshing. As they unlock new weapons and their aspects, it creates a diversity to ensure that they are experiencing something new.

Hades is now available for RM 44.

Yakuza 0 is a prequel to the popular Yakuza series taking place before Yakuza Kiwami. The Yakuza series is one of SEGA’s most successful game franchise along with SEGA and Bayonetta. It quickly became a fan favorite when it mixes serious storytelling with ridiculously funny side quests.

Yakuza 0 tells the story of Goro Majima that leads to his descend into madness. Ever since then, he has become everyone’s favorite Mad Dog Majima even until today. To create an accurate depiction of yakuza, SEGA has gained the approval of real yakuzas before starting development.

The Yakuza series has quickly become a popular series within the gaming community. By playing Yakuza 0 first, it will make the events of Yakuza Kiwami more impactful. With the release of the remastered version of Yakuza 3,4 and 5, players are able to continue this legendary saga on Steam.

These are my 5 recommendations of video games to play in Malaysia during lockdown, but there are many other games that you can explore in your free time. So if you ever got the time and money to invest into games, you can explore more on Steam to broaden your experience.

If you like this kind of content, click here to browse through for more as we talk about other stuff too. If video games are not to your liking, you can read our recommendation for movies here. 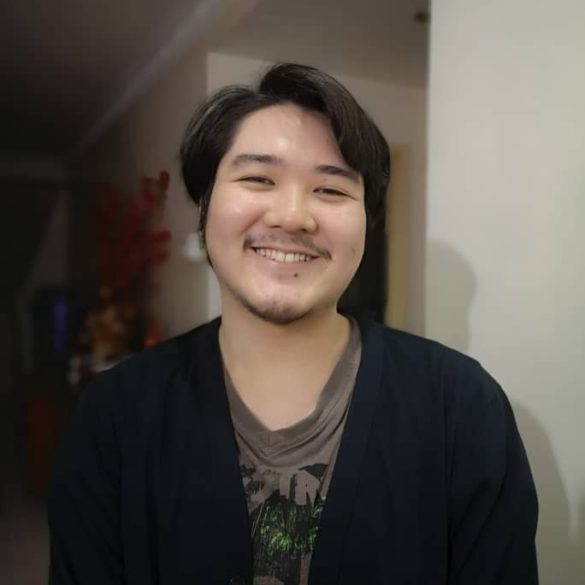