Claire Organics (Exclusive Interview): A Mother’s Love for Her Daughter

Being a youth is not easy. It is one of the tough phases in everyone’s life. We are figuring out everyday what the reality of this world has to do with us. Be it in friendship, relationship, self-enrichment or career.

But, wait! The best part of being youth nowadays is that we can easily get the access to many figures that have knowledge and experience in dealing with youth. How is it possible? Of course through social media!

When I was looking for motivation’s videos on Youtube, I came across this one youth mentor, Aiman Azlan. I can see that this figure can clearly put a topic into words and the way he explains it is just amazing. Lucid and energetic!

Muhammad Aiman Bin Azlan, or better known as Aiman Azlan is an all-rounded optimist and a youth mentor with one message: Own your life. Starting with just making a youtube video in 2011 with the pure intention to spread good messages to the world, Aiman started to get invitations from universities to give talks to their students.

“If you want to put out something into the world, it has to be something good. If not, what is the point? – Aiman Azlan”

Since then, this psychology graduate from University of Toronto, Canada got an offer from a publication house to write a book. Looking at how passionate he is in this field, Aiman however did mention that being a youth mentor is something that he doesn’t meticulously plan for.

It is actually a profession that evolved by time, the need of humanity and his capabilities, skills and interest. He humorously added that there is no such thing as he got sudden dreams that made him want to be like how he is today.

From biotechnology to psychology

Not many know that Aiman actually studied for biotechnology during his first year at University of Toronto. He mentioned that biotechnology is a field that his father encouraged him to pursue as it is a newly emerging field at that time.

However, this psychology resonate had to admit that he had no chemistry with biotechnology. During his summer break at university, Aiman took this chance to learn Introduction to Psychology which is something that he loves and at the same time to fulfill a credit.

It was then the major turning point in his studies as he cannot think of other things to learn other than psychology.

I took this opportunity to ask Aiman why he chose a youth-related career. His answers amazed me. Aiman mentioned that he did not choose youth but instead, youth choose him.

Instead of saying youth nowadays is problematic, he would prefer to deal with the problems based on case-by-case basis. He believed that every generation has issues and not just the youth nowadays.

From the talks that he had given before the Movement Control Order (MCO), he can clearly see the pattern of issues that most youth faced. However, Aiman mentioned that he is not trying to generalise their problem.

The pattern of youth’s issue is actually being sorted out by looking at the root or reasons of the problems.

Reach out to youth by classes, webinars and books

From the pattern, Aiman figured out 3 common problems faced by youth which are relationship issues, time management issues and confidence issues. Hence, he started 3 classes which were called “Unbreakable”, “24 hours” and “Unshakeable”.

Aiman told me that his invitations to give talk at universities had been cancelled since  MCO started. Putting all the excuses away, Aiman still wanted to contribute something to the youth.

After all, he believed that one cannot just focus on one platform to reach their audience. He then took this chance to introduce webinars with various topics that are related with the youth.

It only costs RM5 for each webinar and has a total of 26 webinars to be chosen from.

Apart from classes and webinars, Aiman writes books pertaining to these 3 issues faced by youth. One of his best selling books is Unshakeable. Unshakeable is written to elaborate the idea of building confidence from the inside and being unshaken when faced with challenges.

Challenges of working from home

Since Aiman has 2 little kids and his works involved lots of recording, I managed to ask him about the challenges he faced by working at home. It is actually quite tough for him to balance between family time and working time but it is all worthwhile.

Instead of complaining, he chose to view the positive sides of these challenges where he can learn valuable skills such as time management and emotional intelligence. He would usually create a video content before his kids wake up in the morning

Although he had reached out to the youth through the platforms mentioned, Aiman always found himself not qualified enough to answer certain questions from the youth because he is not yet a professional counselor.

Hence, Aiman is currently doing his master in counselling as he plans to be a licensed counselor. He also did plan to have a private practice which offers the service of a professional counselor.

Being asked on what his advice would be to youth out there, Aiman would like to stress on every youth to own their life.They also need to be responsible over their life as they are an adult of their own.

He said so because he had encountered some youths that live their life based on others’ expectations. This should not happen as everyone needs to have their own principle.

“ At the end of the day, you will answer in front of God for your own choices, not others’”

Getting the chance to interview youth mentor Aiman Azlan is such an eye-opening experience and knowledge for me. I would totally suggest for the youth out there to follow him for more knowledge gaining.

To get more info about his classes, webinars and books, you can visit his website. 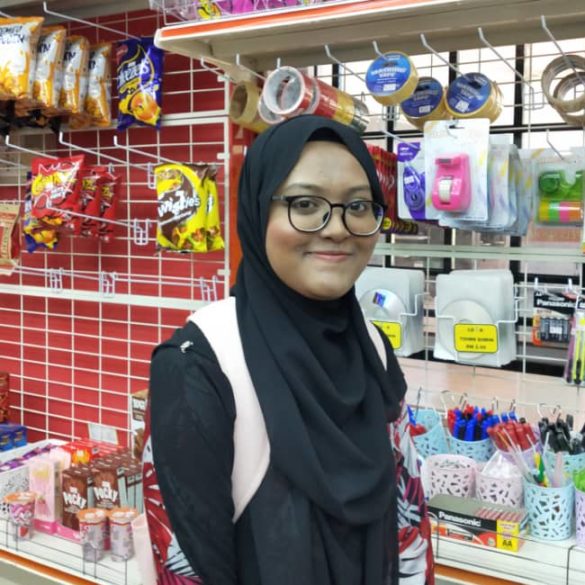