Diana Nuzuin, juggling in-between the chaos of being a mother, wife and an entrepreneur.

After her hit book ‘7 Tahun 7 Hari’ in 2015, Diana Nuzuin, made a comeback with ‘Liar’. Now, not only is she a writer, but she has also successfully started her own brand ‘Pretty Chaos’. Diana is juggling in between the chaos of being a mother, wife and successful entrepreneur.

Diana started writing back in secondary school where she kicked off with a blog gadisjahat.blogspot.com, and from there onwards was the start of her ‘rebellious days’ of writing. Inspired by the emotions of her life events, Diana started venting out in her blog about her life journey while embracing every moment.

“You get angry? Write. You had a bad day? Write. People let you down? Write. No one wants to listen to your pain? Write.”

In which eventually, her writings were published. Her zine ‘Tentang’, books ‘7 Tahun 7 Hari’ and ‘Liar’ are all based on her life journey which she captured throughout the years.

The Start Of Her Entrepreneur Journey

In between writings, Diana was able to experience being ventured in many different fields at a young age. Throughout the years she realized that she was more inclined towards creatives and having a nine to five job did not stop her from pursuing her crafting hobby which she made as a side income before actually deciding on being a full-time freelance creative maker.

Diana started her own brand ‘Pretty Chaos’ which she defines as “making pretty things in-between chaos”. The idea came about as “growing as an individual, juggling between a mompreneur, raising up kids and turning hobbies into an income”. The brand was initially as a show of collections of Diana’s personal hand-painted artwork specially made for her collectors and supporters.

At first, Diana had no thought of turning her crafts into serious business as she had limited resources. Though encouraged by her partner to show the world her hidden talent after receiving overwhelming responses from her customized ‘Yassin’ and floral cards which she made for herself, Diana started to spend more on supplies thus making serious business out of it.

Her first collections of sampul raya were inspired by strong characters in movies like Tully & Malena, as she likes self-made people and prefers true story movies and documentaries. Most of her artworks are inspired by her surroundings as well as nature and flowers.

Due to her creative mind, Diana also gained clients from local brands. She was the branding consultant for Muka&Co. where she designed the corporate identity and art direction. As for Brush&Co., Diana was assigned for one of the collections as commission work.

Apart from Pretty Chaos, Diana is also managing Paperdorable which she took over in February 2019. Paperdorable was established in 2015 and is one of the best premium stationery stores in Malaysia. It was her dream to make affordable and high-quality stationery. As Paperdorable focuses on stationery and publishing, Diana’s latest book ‘Liar’ is published under Paperdorable publishing housing.

Both brands, Pretty Chaos and Paperdorable under one roof of Diana Nuzuin Enterprise.

Unlike others, Diana is the one and only person handling both brands, from being the admin, the PR, the designer, the executor and also the creative director. Despite being the whole ‘team’ behind the brands, courage and full support from her partner are what has always been keeping Diana going.

In between the chaos of writing, crafting and raising kids, Diana manages to balance her work very well even without a schedule as she goes by the saying “work smart rather than work hard”. She always makes sure that her mommy duties are done and dusted before crafting ideas as her creative brain usually works after midnight.

Adding on to her plate, Diana has plans on launching a clothing line – scarves collection under Pretty Chaos though since the Movement Control Order (MCO), plans are pushed back until further notice. She also has plans on opening a stationery shop under Pretty Chaos that supplies pretty things as well as have workshops on weekends for kids and family. Until then, let’s support her brands! 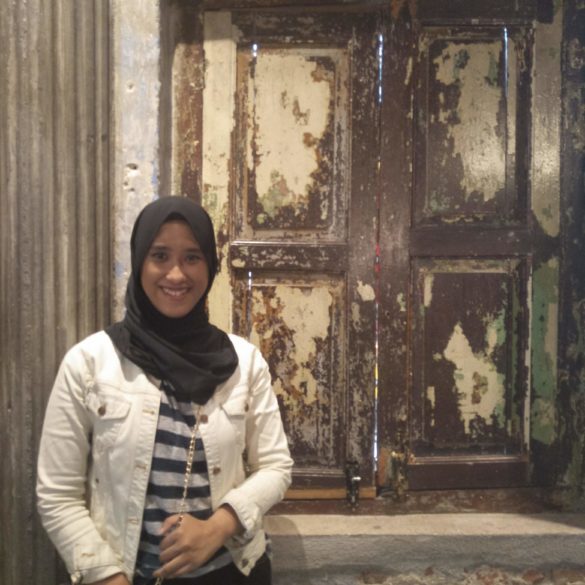