Grey Chow, a self-taught Malaysian photographer, who has been making headlines all over the world, literally!

I was taken aback when I was scrolling through his Instagram page, but why him specifically? As a person who admires or gets excited over beautiful skies or sceneries, it somehow led me to his feed.

I was in awe of the details in his captures when questions started popping one by one in my head that led me to discover more about this talent.

With that in mind, I grabbed the opportunity to interview the multi-talented Grey Chow.

Grey Chow was born and raised in Kuala Terengganu. Later, he continued his journey in Kuala Lumpur to further his studies. Although he is currently a Senior Project Engineer in Kuala Lumpur, he is very well known for his landscape photography.

In fact, many of us do have talents and passion that might be still hidden somewhere deep inside us. It is our responsibility to dig them out and to live a fulfilling job.

For Chow, he found out his passion for things that brought him happiness and joy. Those things being travelling and sightseeing! It all started back then when he was planning a trip with his wife.

He decided to get a great camera to capture all those spectacular sceneries and moments. Besides living in the moment, how else can a trip be memorable if you are not able to get a good picture?

This was when he bought his very first DSLR camera, a Nikon D5000. The more he started clicking photographs, the more he enjoyed it. Eventually, he was truly indulged in the process of taking photos, which was what drove him into photography.

The main reason for him to get a DSLR camera was to get shots of the landscape of the places he visited. One day, he came across a photograph of the Milky Way on social media that enchanted him with its beauty.

Ever since the idea of capturing the majestic Milky Way appeared on him, he became more fascinated with astrophotography and has been travelling miles just to take photos of that category.

“I even climbed Mount Kinabalu because of the Milky Way” he highlighted.

Chow told us that he waited out there in the dark for several hours. Despite failing a few times due to the inadequate knowledge in the ways to capture a good photo of the Milky Way, his patience finally rewarded him when the Milky Way appeared on his camera’s screen.

As the saying goes, ‘Practice makes perfect’, Chow began to notice that his skills were slowly flourishing and people started approaching him to gain some valuable insights. Since he is a self-taught photographer, he understood the struggles and could put himself in the shoes of newbies.

Besides taking enjoyment in helping newcomers to photography, Chow wants to see them succeed as well. He often posts useful photography tips and tricks on his YouTube channel, and website. So be sure to visit them if any of you want to brush up on your photography skills.

“There are plenty of unforgettable moments, but instead of getting a good photo (which is important too), what I cherish the most is how photography has connected me with different photographers around the world.”

Chow explained more about the riveting journey that he had spent together with other photographers. He highlighted moments such as taking photographs of volcanoes throughout a gentle-night breeze together or staying a few nights in a 1000-year-old monastery in the Himalayan Mountains.

Chow stands by a quote from Steve Jobs, where “The journey is the reward.”

Hiking up to Mount Kinabalu was one of the most challenging moments for Chow as he was not an active hiker and it was his very first time hiking up a mountain at such height.

While hiking, he was also carrying his heavy photography gear and he had to reach the peak before sunrise. To make matters worse, but he also suffered from altitude sickness.

In the end, he was glad that he did not give up as all of his hard work paid off when he managed to get some shots at the peak.

The one element that Chow thinks is the key to his success is perseverance.

Even though he might fail to get a good photograph during photoshoots due to the bad weather, he did not mind visiting the place again and again until the perfect shot was taken.

At the early stages of the workshop, he had trouble looking for participants. So, he decided to revise the way he runs his workshops. In addition to this, he always figured out ways to convince people on how the workshops can guide them to clear their doubts and solve their problems. Did it work out?

Yes. (do read the reviews)

For Chow, it’s all about not giving up, that got him to be where he is right now.

“Currently, I am planning to conduct more online workshops. I want to help more photographers, and online workshops would be easy and convenient for everyone to join in, especially during this pandemic time”.

Chow’s words and inputs, especially for those who would like to follow his footsteps, is to always invest in yourself first instead of specialising in getting expensive equipment.

The thing that matters is the person who is behind the lens.

But in the end, there are plenty of resources, where you can join a workshop if you don’t have any funds to attend a workshop, don’t worry! You can even learn them for free on Youtube.

Once you have understood more about photography, you will have a clearer idea of what cameras and gear you should get. 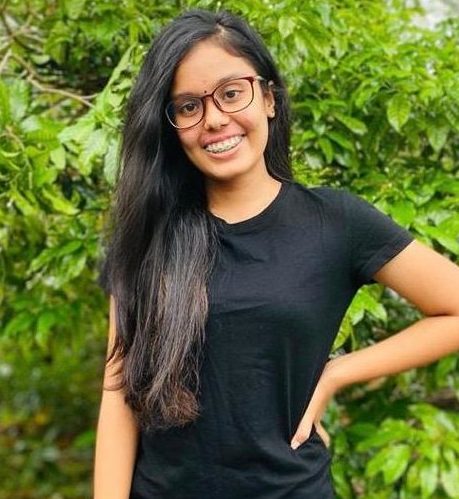 Lavanyah Guna
I either be munching on something or curling up on the couch, no in-between, I mean besides catching deadlines obvs!