Indie Artists You Should Listen To In Malaysia

OREO Partners BLACKPINK For The Blockbuster Collaboration Of 2023

A lot of people recognize and love musicians like Yuna, Siti Nurhaliza, Jaclyn Victor and more. They’ve come up with great music that everyone still listens to, till this day. They’re what we would call timeless artists. However, there are still a lot of artists in Malaysia that make good music but are not that recognised. Often referred to as indie artists, their songs rarely come out on the radio and on TV in Malaysia yet they attract a lot of people with their great music. There are a lot of indie artists in Malaysia that make good music. But of course, it depends on everybody’s personal preferences.

That being said, the artists that’ll be listed in this piece are all based on my personal preference. They’re good artists, depending on what you listen to (nonetheless, try listening to them hehe).

One of the main reasons these artists are on this list is because a lot of their songs actually mean something. Their lyrics speak to a lot of people, especially the younger generation. People find that they relate a lot to their songs, accompanied with a great beat or melody, their songs are simply worth listening to.

Started as a barista while her singing career was taking off, Nadira Diah, better known as Lunadira, has released a number of songs that a lot of Malaysians enjoy listening to. One of her first releases would be “Forever’s Not Our Thing” in 2017 which is one of the most popular songs she has released. Another two songs that are her fans’ favourites are “ur cute but boring” and “Stuck With You”.

Personally, my favourite would either be “Stuck With You” or “Hoodie”, a song that she released with Reddi Rocket. Speaking of her releasing a song with Reddi Rocket, recently, she released an album featuring him called, Tangerine. This album consists of the song, “Hoodie” as well as other great songs. So far, my favourite would be “am i gonna die?”. Her songs speak to a lot of people and, aside from her amazing voice, that’s one of the reasons people listen to her. Her lyrics relate to a lot of people. So, give her a listen, you might relate too.

The songs by this indie artist in Malaysia have accompanied me throughout my tough times in my early college times. Bil Musa’s songs are the type you would wanna listen to on a late-night drive as you just sink into your thoughts (but don’t sink too deep la). Her songs could even bring tears to your eyes without you realizing it.

A few of the songs that really resonate with a lot of people are “Sejarah”, “4 AM” and “Nineteen” which are all part of her album in 2017 titled, Young Adult. My favourite would be “4 AM” and to be honest, I even cried once while listening to it (and no, it wasn’t 4 in the morning). Maybe I’m just emotional, but hey, that just proves how much her songs can sort of speak to you. Bil Musa’s songs could lift you up when you’re down, it lets you cry when you need to let it out and plus, her voice just sends happy waves to your brain.

This colourful indie band has songs that sound rather classic in Malaysia. With up-beat, and sometimes relaxing, songs, they made it to this list because their songs manage to give people a boost of serotonin. One of their most popular songs would be “Tenangkan Bontot Anda” which translates to “relax your bottom” (and it does relax me hehe).

In my opinion, their music is quite unique especially with their instrumentals and even with their lyrics. Their song, “The Rojak Uta: Stampede” is a really interesting song with meaningful lyrics in multiple languages. Listening to The Venopian Solitude can bring out a lot of your emotions, which is good most of the time. And hey, I’m even listening to them while writing this and it’s great for my head. I feel all good inside (especially while listening to “Tenangkan Bontot Anda”).

I think Midnight Fusic is one of the indie bands in Malaysia that release songs the younger generation really enjoy listening to. One of their most popular songs that people listen to is “Caramel Cream” which has a very lovey-dovey vibe to it. They’ve even released a song with Lunadira titled “Vertigo”, which is one of my personal favourites. Midnight Fusic’s lead singer alongside Lunadira’s voice is, quite literally, music to my ears.

They have relaxing, upbeat and sometimes alternative rock songs that are really nice to listen to. Great for drives, a walk, when you’re doing your work and even when you’re about to fall asleep. This up and coming indie band in Malaysia take inspiration from bands like The Neighbourhood, The Smiths as well as The 1975 and still manages to put their own signature on their amazing songs.

As mentioned, these are just based on my personal preference, nonetheless, these are great artists with amazing and meaningful songs. If you’re a music lover, give these indie artists in Malaysia a listen and you won’t be disappointed. All of them are available on Spotify, Youtube and more.

For more articles that you’d like, check out Teh Talk! 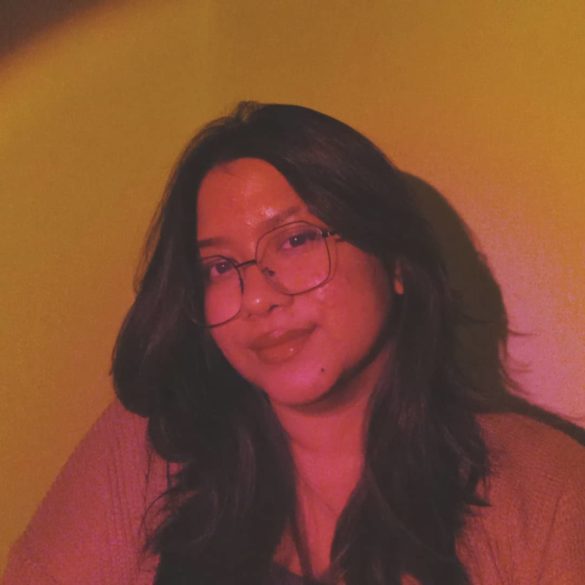