Make School A Safer Place For Our Teenage Girls in Malaysia

Unless you have been living under a rock, you probably have noticed the trending topic of #MakeSchoolASaferPlace throughout all social media platforms. This hashtag has been a hot topic among teenagers who have been feeling or felt unsafe in school environments in Malaysia.

It all started after a 17 year old teenager, Ain Husniza Saiful Nizam posted a video that went viral on Tiktok last April explaining about her personal experience with a male teacher. In the video, she explained that the male teacher was allegedly making rape jokes which made her and some other female classmates uncomfortable. After filing an unofficial complaint with the school authorities, she was brushed off and was told that she was simply being overly emotional.

This video gained a lot of attention on Tiktok and Twitter among younger generation which induced her to start a #MakeSchoolASaferPlace movement.

Younger Generation’s Response Towards The Movement

When we scroll through the hashtag on various social media platforms, most younger people are supportive towards Ain’s objective of starting this movement. A feminist non-profit organization, All Women’s Action Society (AWAM) for example, posted a video similar to the objective of this of this movement, which is to spread awareness about safe school policy.

In this video, they list out the common problems faced by girls in Malaysian schools. Among those is the deep-rooted culture of checking Muslim girls’ private parts to see whether or not they are on their period. Apparently to most Malaysian teachers, this is a normal practice as they believe that it will discourage Muslim girls to lie about their period which in return make them skip their prayers. This practice is dated back to our mothers school era to the point that every Muslim girl who attended public school would know to avoid getting themselves in this situation that is widely known as “period spot check”.

The question is, why? Why does anybody need to see someone else’s private parts, especially those of teenage girls? There is absolutely no reason to humiliate a growing teenage girl like that other than to enforce control and authority towards the less powerful.

This movement also created a domino effect where more and more students come forward on social media to share their experiences of getting sexually harassed. One instance that stands out among thousands of others is of a series of students collectively sharing proofs of a lecturer’s repetitive sexual advancements towards his students. This lecturer from an established public university allegedly have asked students to have sex with him in return for a good grade. Good gracious!

Older Generation’s Response Towards The Movement

Favorably, the older generation are just as supportive. More and more boomer-age Malaysian citizens are becoming sympathetic towards teenage issues today especially when it comes to this movement.

However, as much as there is support from older generations, there is also backlash. As you can see on this Twitter post, the user shared screenshots of older people on Facebook who condemned the initial person who started #MakeSchoolASaferPlace, Ain. In the screenshots, you can see comments that have the elements of rape threats as well as victim blaming.

It is sad to see those who are over 3 decades older than Ain blaming her for something that is out of her control and making it sound like she was asking for it. If it’s not our own adults who protect our children, who else would?

Malaysia has always been a safe country from the eyes of outsiders. We are mostly known for our “Budi Bahasa Budaya Kita”. Unfortunately, our children do not feel the same. Everyday of going to school especially for girls, they would be in fear of being a victim of another rape joke. They would have to be extra cautious or else they will attract another explicit comment about their body. Even so, rape jokes and sexual harassments still happen.

Hopefully, with #MakeSchoolASaferPlace movement will put a stop to this unsafe learning environment and our students can finally study in peace. Maybe not now, but definitely someday! 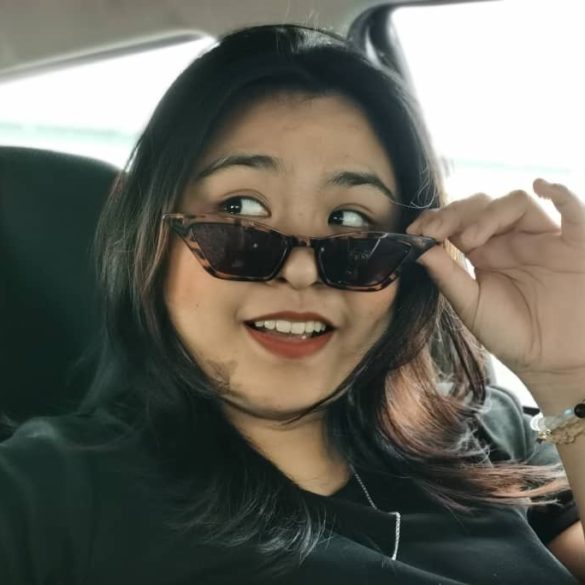