Malaysia Is Complicit Of Racial Injustice Itself – Racism In Malaysia

Notwithstanding the amount of effort established to integrate this fairly diverse nation, racism in malaysia is one critical impediment. Racism denotes prejudice, discrimination, or hostility a party withholds for its counterparts of a distinct race, ethnicity, or nationality. Though no mankind is naturally racist by birth, such negative concepts obstructing the integration of a diverse community are typically passed down by surrounding connections including but not limited to family members, friends, classmates, coworkers, so on and so forth who subconsciously inherit what they alleged as “unharmful” racial ideologies thus the indoctrination of a neutral mind. Adolescents are not born to be racially discriminating yet, unfortunately, into a world where systemic racism is largely involved — a form of racism penetrating almost every level of the society even those guilty would not perceive themselves as racist. Such a form of racism is not what we presume as radical or violent but rather institutional. Some (not all) instances of systemic racism pertaining to realities in Malaysia are as follows :

Many acknowledge the upsides of pursuing tertiary education in public universities, one most prominent motive being cost-friendly. Not all families’ financial capability is fortunately on-par to afford private education thus resorting to public universities whose tuition fees are comparatively cheaper than the former due to consistent funding from governmental sources. With that being said, not all citizens are granted the same amount of opportunity in furthering their education in public matriculations. Ever since 2002, a quota of 90:10 was established, granting Bumiputera 90% of the enrollment while the remaining 10% for non-Bumiputera. Though many things have seemingly improved in the 21st century, this ethnic quota remains unrevised, surprisingly. While we all share equal contribution in building this very nation we call home, there exist privileges only a single community can benefit from even in an aspect as pivotal as education.

If everybody in the diverse social circle we mingle within university happened to apply for the same exact job advertisement, tough to admit but we may not receive a placement despite being equally qualified with if not, more qualified than those who are successfully recruited. Racial preferences in hiring terms can be made explicit or implicit depending on the organizations themselves. Though not directly stated in job descriptions, the phenomenon can be observed through the majority within the organizations. Should there be little to no balance of different races employed, the racial bias is transparent. Bias occurred due to various motives, some common ones being race and language preferences, giving those with prerequisite attributes a greater likelihood of being recruited than those who do not despite possessing qualifications on par with the advertised job description.

We all acknowledge the hardships of searching for a suitable rental unit that we feel comfortable calling our second home when accomplishing outbound endeavors. Some crucial aspects to be given concern on prior to renting a house are none other than the location, living environment, utilities, and rental which are capable of affecting our livelihood if not given enough attention. Notwithstanding, as ridiculous as it may sound, our race might be one impactful element obstructing this very journey.

While all races face social inequality in Malaysia especially when looking for a place to rent, a study conducted by Twitter user Pingalayen uncovered that out of 10,000 rental listings displayed on local house-seeking websites, 45% of them do not prefer renting their units to Malaysian Indians. Plus, as a Malaysian of Indian descent himself, he stressed his struggles searching for a place to stay in Klang Valley, and to extreme extents, he was forced to approach 10 to 15 agents at a time due to anticipated consequences. If being born a specific race makes us homeless, our country is in critical turmoil.

While both fall under the same category as that above, they deserve their very own subtopic to be given clear enlightenment on. Bumi Lots refer to lands or properties in which can only be released to Non-Bumiputeras under certain circumstances, one of which being provided the particular property faces low demand post-advertising. Though feasible, it is an evidently lengthy process not everyone is willing to go through. Malay Reserved Land (MLM) notwithstanding their somewhat similar connotation, should not be confused with Bumi Lots as the former is exclusively reserved for the Malays whereby the ownership of Non-Malays are far from being possible. The Malay Reservation Enactment implemented back in 1935 covers all legal terms pertaining to this very land law and it operates on two main motives :

Whilst not all state authorities in Malaysia practice this law, there exist those who do, until this very day.

These are the mere few instances of racial inequality in Malaysia which have been penetrated into many levels of this very heterogeneous society for as long as the people are concerned. Some work hard to raise necessary awareness and some remain one eye closed.

As ridiculous as it may sound, there even exist individuals who reciprocate whereby the policies established solely to favor the majority race were not concrete evidence of systemic racism in malaysia as the minority races generally earn an income of 11% to 38% more than their majority counterparts. Such an invalid argument to defend these unjust policies when the truth behind the minorities’ financial capability observed today was contributed by their perpetual hard work in absence of exclusive benefits allocated to them from day one. They had no easier alternatives but to work double and triple the time harder to ensure the betterment of their livelihood. If this is what makes minority races in Malaysia so undeserving of equal treatment, what are the purposes behind politicians’ effort in forging national unity? Ironic how we are anticipated to integrate when the scale of justice is not even balanced.

Simply put, not saying we should keep our mouths sealed when coming across cases of racial injustice transpiring in other countries, this is definitely not what my article is about. Breaking the silence is one essential action, but make sure to also treat the people of your own country notwithstanding their races, ethnicities, or even skin tones the same way as you initially preached. 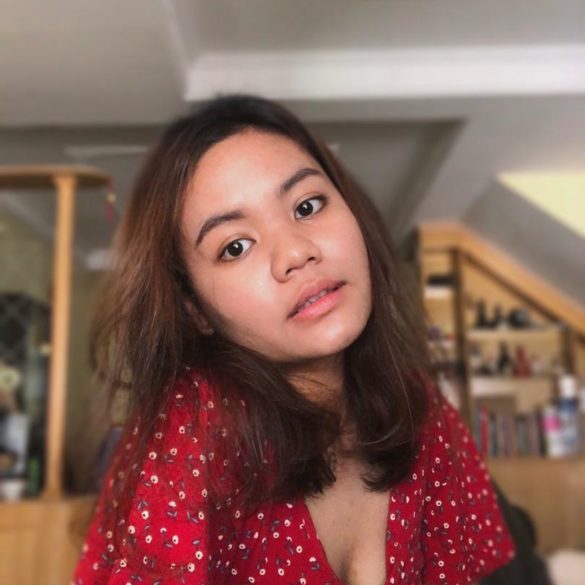 Celine So
Be mindful with your words because they’re impactful, and that’s what motivates me to write more.