I was lucky enough to spend one whole semester in South Korea. While other Malaysians undergo the mandatory lockdown, I was playing in the snow. Studying at Hankuk University of Foreign Studies (HUFS) from March until June 2021 is an experience that I would never forget. As an English Literature student, I chose HUFS because I was able to learn with lecturers from the United States and the United Kingdom.

While the semester was quite sunshine and rainbow, the preparation was hell for me. The pandemic had changed all the procedures. Extra money needs to be spent on countless covid-19 tests pre-departure. Waiting for the visa approval made me anxious as my flight date was nearing. Definitely a process that I would not want to experience again. But all the struggles were worth it.

Although the whole semester, the classes were conducted online, I still managed to get to know friends from other countries. That was the most valuable aspect I gained from my exchange study. My roommate was a Taiwanese and we needed to communicate using Korean – which elevated my skills in said language. Easy to say that it was a great four months.

My dormitory was in Seoul but I managed to spend a whole week in Busan. Having a small friend reunion, eating a lot of good food and exploring their beautiful beach! It was magnificent.

Racism That I Experience

As a Muslim living and studying abroad, you could not avoid the racism and weird stare wherever you go. Especially as a Muslim woman, I wore a Hijab wherever I went. The moment I stepped outside of the airport, everyone would take a second glance back at me. I brushed it off every time. Wearing a face mask helped a lot. But sometimes, things just happened around you that were unexpected and unavoidable.

A very normal day for me going out with some friends turned humiliating. I was chatting and laughing with a Korean friend inside the train when suddenly a probably drunk Ahjussi (uncle) started yelling at us. It was incoherent. He was mumbling things in Korean. His gesture was asking me to leave. I was literally stunned and trembled. Thank God we were just one stop away from our destination. We left the coach quickly without delaying much.

I asked my Korean friends to translate what was he mumbling about. However, they said it was better for me not to know it. When I just thought people in Seoul had already accustomed to foreigners at their place, this happened. I still remember vividly his body language and how he was so ready to attack me.

My second visit to the Gyeongbokgung Palace was eventful. This was less aggressive than the previous event. However, I was quite taken aback. A very cute Ahjumma (aunt) asked me to open my hijab out of nowhere. When I declined politely, she asked whether wasn’t it too hot to wear that under the layer of Hanbok. I replied that this was mandatory and I could not disobey it. While laughing, she said that it was okay, this was Korea and no one would know.

Heart To Heart With Korean Muslim

My visit to Seoul Mosque opened the opportunity to get along with some Korean Muslims. The hurdles they faced when they started to know more about Islam were so heartbreaking. They were so happy when attending classes at the mosque. Everyone was so nice. But, it was hard for them to be open with their family and close friends. After they converted to Muslim, they needed to lie to their parents for months. Women were afraid to wear hijabs because of the reaction at their workplace. Some of them were even deposed by their employers.

They were treated as outcasts. Koreans are known for their after-work drinking culture. People made jokes about how Muslims could not enjoy their gatherings because of alcohol and pork. Unpleasant nicknames such as terrorist and betrayer was called upon them. It was so brutal to the point that they felt regret about their decision to convert. They questioned the power of God and felt like they were alone in this world.

Imagine their daily encounter with racism that I talked about before. Every day there was always someone that will yell at them. Throwing things and declining to entertain them in stores. It was understandable for Muslim foreigners but for Korean Muslims, it was worst. I adore their faith and strength in protecting themselves and keep praying for better days. We should always be grateful that we lived in a Muslim country and understand more about other races in Malaysia.

In South Korea, media plays a very big role in their perception towards the world. When the media says Islam is a religion for terrorists. They believe it.

If you ask a Korean, “What do you think about Islam” right now, the words that come out of their mouth will be related to “killing spree”, “bombing”, “ISIS” and many terrible things.

As a monoracial country, they are not exposed to much about other people’s cultures. Their lack of knowledge also lead them to believe anything that people said about Islam. They often relate Islam to an oppressed religion. Koreans believe that the believer was forced to wear a hijab all the time. Islam takes human rights to have fun, drink alcohol, have sex, be in the queer community etc. They don’t understand the reasons for all those restrictions.

I cannot skip my observation that I found very distinguishable between their youth and the elderly.

The youth are more open-minded and accepting toward Islam and Muslims in their circle. They try to understand it and befriend us before judging us brutally. They have the access to broader information and perspective on Islam in the whole world. They know that religion is much more than what was portrayed in the media.

Meanwhile, the elderly have been exposed to negative ideas for so long that it is what they hold onto. They refuse to change their views even after countless attempts of being nice to them. Especially if they live in rural areas where they rarely meet foreigners. They live in their own bubble.

I am not vouching for you to change your view on Koreans. Maybe you have visited the country countless times and never encountered all of this. But, this is my experience. This is my story to tell.

I have dozens of Korean friends that accept me as who I am. I even visited the church to meet one of my beloved sisters there. They never say anything bad about Islam in front of me and they respect me when we have a meal together. There are always good and bad co-existing together. I still think my one semester in South Korea is my most treasured memory. 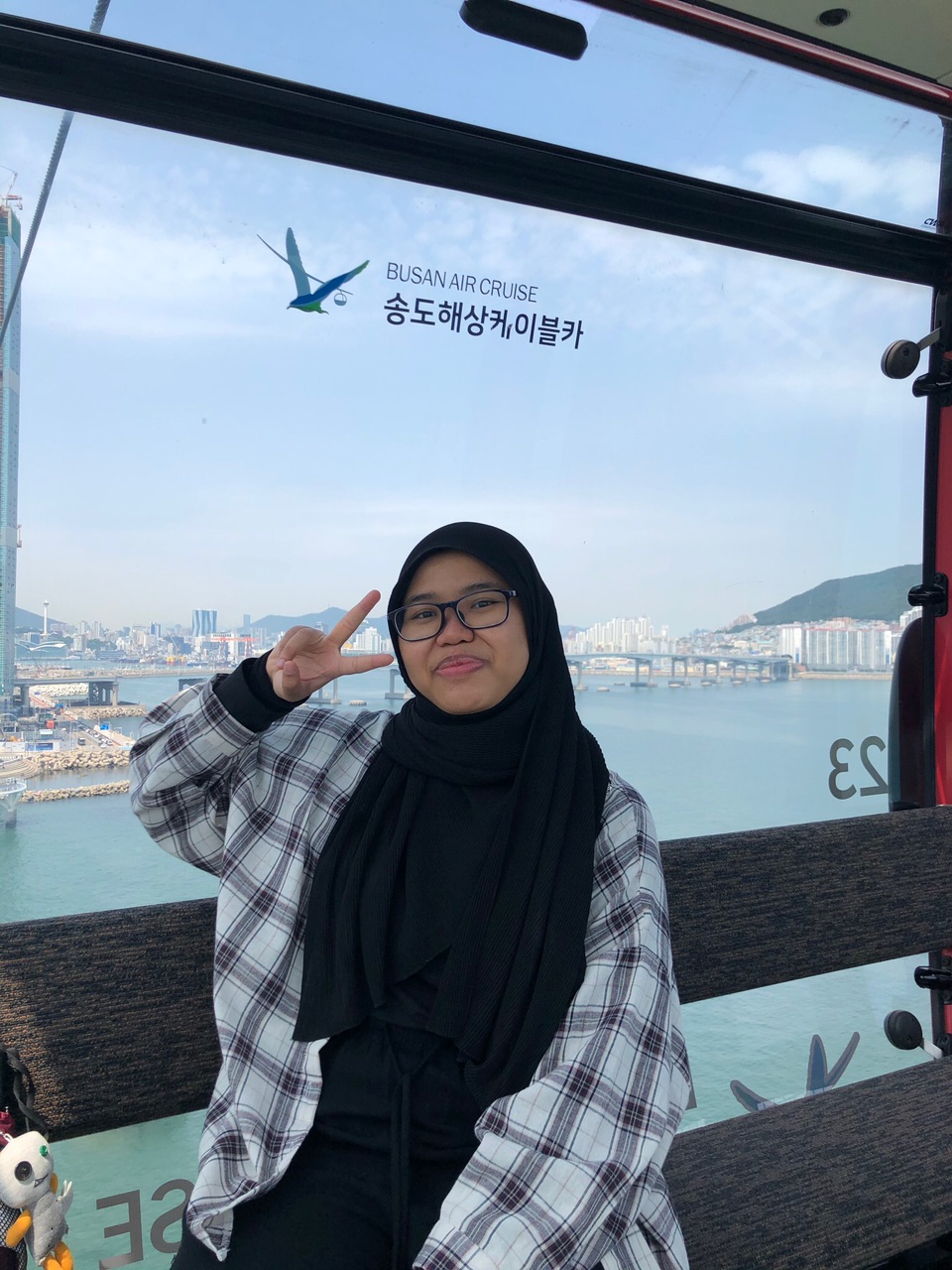