Being strict is not a violation or offence. There are situations where you need to be strict and assertive to avoid people taking advantage of your kindness. However, is it fair to always be strict without considering another person’s feelings and thoughts? You check your children’s phones to make sure that they do not have a boyfriend or girlfriend. You threaten to slap your kids if they don’t dress the way you want them to dress. On the other hand, your children are struggling to be their true selves in front of you because they fear YOU. You think that you are being strict with them for their good but you end up being the biggest obstacle in their life. Hence, I want to share my take on the major three styles of tiger parenting in Malaysia, how it negatively affects their kids and what tiger parents can do instead.

No boundaries between the parents and their children

The other day, I saw an Indian parent talking about her children’s behaviour on a Facebook live stream. She said that she checks her daughter’s phone frequently to avoid her from making a ‘mistake’ (take note that the daughter was beside her too). The daughter seemed uneasy to the point that she couldn’t even look at the camera. She tried to move out of the camera frame but the mother kept on tilting the camera to the daughter’s side. It was obvious that she didn’t want to be on Facebook live. Can you see the irony in this situation? The mother has control over the daughter’s activities on her phone but the daughter shouldn’t tell that she feels uncomfortable and was forced to be in front of online strangers.

When you don’t respect your children’s boundaries and privacy, the children end up feeling lonely and have difficulties developing personal connections with others. They can’t open themselves up to another person knowing that you will judge their conversations and even punish them if the conversations are not to your liking. I’m not saying that you should let the children do anything that they want even if it is illegal. I’m saying that you should put some trust in your children and let them have their moments in life without constantly being watched. If you give them some space, they will even introduce you to their friends, willingly.

Children’s life choices are in the hands of the parents

Have you ever told your kids that they’ll never succeed in life if they choose a certain job or major in studies? Are you sure about that? It is understandable that you want to make sure your kids are on the safe side in life but what is the point if they are not interested in it? How can they give their best if it is not something that the kids are passionate about? I have seen a lot of people my age studying just because their parents forced them to do so. They were able to complete their studies, however, they weren’t happy with it. Suppose you are a pilot and your son wants to be a teacher. Do teachers receive less salary than pilots? Yes, but being a teacher doesn’t make it any less valuable than a pilot. It is his career (something that he will do for a long time) so he might as well choose something he can enjoy doing without feeling like it’s a chore.

If you want to be enlightened on the career or study course that your kids have chosen, you can converse about it with them face-to-face. Trust me, your kids will be more than happy to discuss their dreams with you.

No, rules are not always something that kids can understand on their own. Sometimes even parents don’t know why they are making certain rules. When your kids aren’t agreeing with the rules that you make, kindly explain why the rules are made. If you don’t know it either, discuss with your kids and exchange each other’s views on the rules. Make sure you discuss with your kids to get a proper conclusion and not to prove that you’re right. This has to be done especially if your daughter or son is a teenager. Teenagehood is the time where people start to get curious, explore and question everything around them. When you tell them not to do certain things without giving a proper explanation, that’s when it will increase their curiosity even more and try it.

Let’s say you tell your teenage son not to watch pornography, then explain to him why he shouldn’t watch it. Make sure to give him a proper explanation and not reasons like, ‘because my great grandmother said so’ or ‘everyone else believes so.’ You can prove your views with research articles that are available online. Don’t tell me you don’t have time for it. If you can wake up in the morning and send ‘Good Morning’ wishes to everyone on WhatsApp while having vegan ice cream, then you can definitely allocate the same amount of time to do some research online. When you give a proper explanation, not only you are educating your children but you are also strengthening your bond with them. The next time when your teenagers are curious about something, they will refer to you knowing that you will explain, discuss and even do research together with them and not just straight up lashing out for asking those questions. Now, that is a better way of parenting in Malaysia.

In conclusion, it is important for parents, especially tiger parents to have a boundary with their children, let children choose their life path and set rational rules. Doing so can help you to foster a healthy relationship between you and your kids. Everyone has their styles of parenting in Malaysia, but make sure that yours doesn’t hinder your kids from expressing themselves and being their best version. Besides that, your kids are also humans and they will definitely make mistakes and learn lessons from them along the way in their life. So let them be normal humans. Your support and love at every point of their life are more than enough for them. 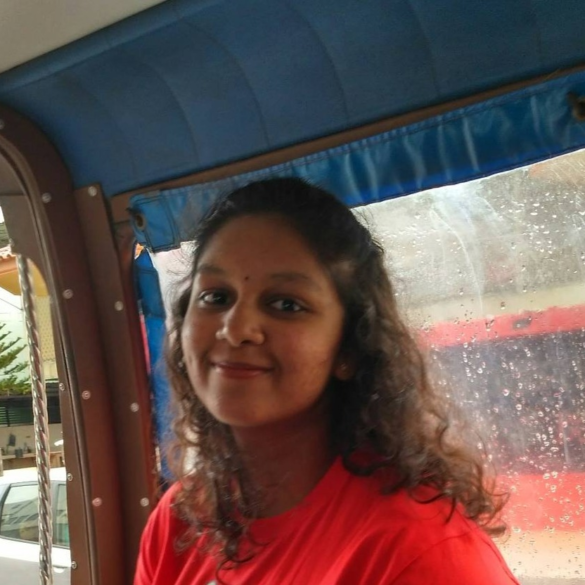 Keerthana Shanker
I may be 20 but don't underestimate my ability.