Why Do Indians Pierce Their Skin On Thaipusam?

Do you enjoy having your body pierced? Whether you agree or disagree, the piercings performed during the Hindu Thaipusam celebration are not for the faint of heart. But before we go into that, I think it’s preferable if you have a basic understanding of Thaipusam.

The Tamil worshippers of Lord Kartikeya (Lord Murugan), the son of Lord Shiva and Devi Parvati, celebrate Thaipusam. The celebration is held on the Pournami Tithi (Full Moon Day) in the Tamil month of Thai, which corresponds to the Makara month in North India’s solar calendar. Thaipusam is made up of the words Thai and Pusam, where Pusam refers to the Nakshatram Pusam (also known as Pushya). The event is celebrated throughout India as well as Malaysia, Indonesia, Sri Lanka, and other nations around the world.

Thaipusam is thought to commemorate the day when Goddess Parvati bestowed a Vel (divine spear) on her warrior son Murugan (also known as Subramanian/Shanmugham) as he prepared to fight a demon named Soorapadman on the battlefield.

So powerful had Soorapadman become that the Devas were unable to defeat him. In order to save the universe, the Devas sought help from Lord Shiva, who, in turn, used his divine abilities to give birth to Murugan. As a result, the warrior God was born. Soorapadman was eventually defeated. The Devas were freed from their woes after the demon died. Dharma and peace were re-established. As a result, on Thaipusam day, worshippers worship Lord Murugan in order to obtain his blessings and be free of their problems.

So, On Thaipusam, Why Do Hindus Pierce Their Skin?

While piercing may seem unusual for some, Singaporeans who worship Lord Murugan consider it to be their religious obligation. The story that inspires so many believers to march in procession in thanksgiving for their requests being granted.

The metaphorical reason for this body piercing festival’s existence is to discipline the mind and body. This practice purifies the devotee’s spirit and body.

Another motive for body piercing rituals is to demonstrate to others and to remind yourself that the physical body is a figment of your imagination, and that the essential goal is to become one with God. As a result, we are beyond our bodies and must submit to the Almighty.

Lord Murugan’s actions of bravery, courage, daredevilry, and audacity are celebrated at the Hindu Thaipusam festival. That is why his followers endure the laborious work of piercing their bodies and lugging large goods, which they do not find painful. These things can range in size from milk jars to towing a chariot only by their skin.

The rituals of body piercing began with a simple act of piercing only the tongue. People used a little vel, sometimes known as a skewer, to do so. The purpose was to sit in silence and focus on God’s name. What began as a basic offering has evolved into something magnificent and serious. What we find difficult and hurtful, however, is the polar opposite for devoted.

The scenario of the Day

The Hindu Thaipusam holiday is no longer just about tongue and cheek piercings. It has progressed to a much higher scale of offers that has folks (literally) blown away.

The chanting and pounding of rhythms induced trance in the devotees, who had fish hooks and spears piercing their bodies. They have no pain, fatigue, or suffering; only love and gratitude for their wishes being granted.

On the 18th of January, children, women, and men will walk in a parade to pay their respects on the streets of Little India. Only adults, including older men and women, with incredible piercings, can be found having fun.

Some people participate in this body piercing festival by pulling chariots with fish hooks attached into their backs and carrying pots and lemons. Some people have numerous skewers stabbed through their flesh and a large kavadi slung over their shoulders.

All of these body piercing rituals are performed to express gratitude to Lord Murugan and to wish for the fulfilment of their aspirations.

It is their trust and reverence for God that motivates them to cheerfully do such responsibilities. 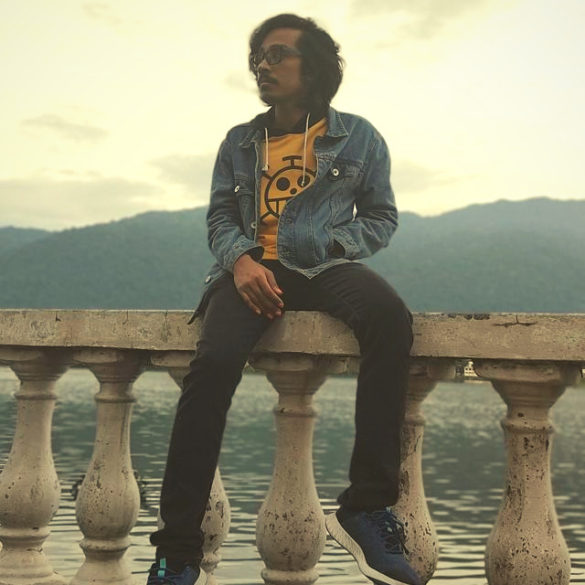