Nature Staycation Malaysia: Top 8 Places To Visit For An...

Malaysia is known for a lot of things, from Nasi Kandar to our beautiful diversity. For us, Malaysians, the month of August is very close to us. Apart from being the home of the Islamic New Year, National Watermelon Day, International Left-Handers Day, and other celebrations, it is also the month of Malaysia’s Independence Day or Merdeka Day. Celebrated on the 31st of August every year, it marks one of the important moments in the history of our country.

In the period of 64 years of our liberty, Malaysia has built and preserved some historical pieces and structures. Not just for the sake of Merdeka Day history, but also as the living lesson to be passed down to the upcoming generations. And when a better time to admire and relive those pieces again is now. So, here are the top 7 places to visit in embracing Merdeka Day ambiance:

An iconic place for Merdeka Day’s visiting place, the National Museum Malaysia is the place where you can witness the initial artworks collection was destroyed by the World War II bombing, it still has a large ethnographic and archaeological exhibit on show. Your visit here will be filled with full-size dioramas depicting ritual marriages, traditional Malaysian life in kampung settings, and even a Malay circumcision rite. With zoological section, traditional collection, and Lake Gardens around the corner, the place could not be more perfect.

The name Melaka is no stranger to us as it is mention so many times down in our history of Malaysia’s Independence Day. In Bandar Hilir Melaka, almost everything has its own tale. To name some, it would be Kota A Famosa and The Stadhyus.

Build-in 1511, Kota A Famosa has been standing for decades now, storing the history of the Portuguese attack in Melaka. Fun fact, the fortress’s oldest section was a five-story keep, which earned the fortification its name that sticks until today.

The Stadhyus also is a very iconic landmark in Melaka as it was built in 1650, it now serves as a couple of museums together. In them, you can see the storing and preservation of the historical pieces in the making of Melaka and our country’s independence.

One of the best-known Kuala Lumpur landmarks, it is located near the Sultan Abdul Samad Building, Royal Selangor Golf Club, and the The Cathedral of St. Mary. Not to mention the giant green field and the tallest flagpole in the world, proudly waving the flag of Malaysia, Jalur Gemilang. Among the place for Malaysia’s festivals as well.

Designed with Moorish-style, Sultan Abdul Samad Building was built in 1897 and served as the secretariat for the British administration in its glory times before Malaysia’s Independence Day. Originally the site was served as the colonial British administration’s secretariat. The Federal Court of Malaysia, the Court of Appeals, and the High Court of Malaya were housed in this historic building. It was designed by AC Norman who is also the mastermind behind the beauty of Masjid Jamek (Jamek Mosque).

The Royal Selangor Golf Club was founded in 1893. It is the oldest and most prestigious golf club in Malaysia with a panoramic view of Kuala Lumpur’s skyline and it can be reached via Jalan Raja. The club is located close to the Padang of Dataran Merdeka, or Independence Square.

One of Malaysia’s oldest Anglican churches, The Cathedral of St. Mary was built by the British colonial administration in 1894 and it resembles a typical English country church and the Episcopal see of the Anglican Bishop of West Malaysia. It is the mother church of the diocese.

Taken after the Merdeka Day event, Stadium Merdeka is a sports stadium in Kuala Lumpur and was build on August 31, 1957. It was erected to commemorate Malaysia’s declaration of independence and prior to its handover to the private firm, Perbadanan Stadium Merdeka, the stadium hosted a number of notable sporting events throughout its time.

National Monument is a sculpture that was made dedicated to the heroic troops who gave their lives fighting for Malaysia’s Independence Day. The monument is within a short walk from Kuala Lumpur’s famed Lake Gardens and this ancient monument is also the highest freestanding group of bronze sculptures. That is according to the Guinness Book of World Records.

Royal Museum was housed in the old National Palace, it served as the official residence of Malaysia’s King and Queen from 1957 to 2011. The old palace ceased to be the official home on November 15, 2011, and the old Istana Negara was turned into a museum and is now open to the public.

Well, there you have it. Aside from these places, Malaysia is already filled with the power of harmonies and unity. So remember to always keep the spirit with you all the time. It is what being Malaysian is all about. 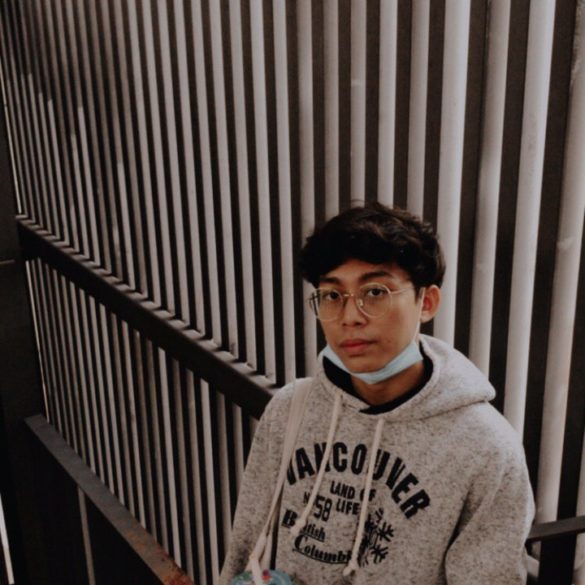