Top Aesthetic Clinics in Malaysia To Get The Best Treatment

Get Happy Bunch’s Flowers as a Memorable Gift

Cosplay is one of the most top growing trends in Malaysia. With more and more people wanting to dress up as their favourite character from a piece of fiction, whether it be for Halloween or for an anime or comic book convention, it is always a good time to pick up cosplaying. In definition, cosplay is a portmanteau of the words ‘costume’ and ‘play’. It is to dress up as a character from a movie, video game, book or anime. Most cosplays these days are quite advanced and look just as if that fictional character is brought to life. With more and more cosplayers taking photos of their own cosplays and posting it on image sites such as Instagram, it is only inevitable for cosplay to become so popular today.

Let’s move on with the list of the top 10 Cosplay shops in Malaysia.

Jom Fiesta Costume Rental and Party Store, which opened in 2013, holds over 5,000 costumes and is among one of Malaysia’s biggest costume stores. You can look through their extensive list of costumes on their webpage or go to their store in Taman Melati Utama to see them in person. Superheroes and Villains, Renaissance, Festival, and Formal Suits are only a handful of the costumes available. Retro costumes from the past, such as those from the 1920s, 1950s, and 1990s, are also available. There are also accessories such as headgears, armbands, caps, and wigs to pick from.

Costumes ‘N’ Celebrations, one of Kuala Lumpur’s earliest costume stores, has always been the best in the game. Their comfortable, well-lit facilities hold a broad variety of costumes, and also some stage makeup and a wide range of wigs, caps, and accessories. You wouldn’t even have to manually rummage through one of the shelves because their laminated albums are waiting to be flicked around.

Hours: Monday to Friday 11am to 8pm, Saturday 11am to 6pm, Sunday Closed

If you’re searching for cosplay shops in Malaysia, Wisma Central is an odd place to go. It’s not huge, but it’s a decent one. Although there is no apparent signage, you will notice the mannequin outside the door, dressed in whatever costume the staff desires.It’s nice and clean inside, with a wide range of costume design genres portrayed, including fairy tales, Star Wars, and a great selection of jewel-toned “retro” clothing. Costume renting is moderately priced, ranging between RM 100 and RM 150 an item. They also have various items such as wigs, caps, and masks in addition to costumes. If you can’t find what you’re looking for in their shop, you can still get a custom costume made instead.

Visit MOB PARTY LAB (previously M&K Party House) for tacky knick knacks and costumes like paper lanterns, chinese opera masks and skeletal versions. Mob Party Lab is much more than a fancy costume shop; it also offers party accessories, costumes, skeleton models, and masks. You can also buy a range of party balloons, and the best thing is that their things are fairly priced. And for your halloween needs, the shop sells horror props including severed arms and skeleton heads.

If you don’t want to venture into the city to search for cosplay shops in Malaysia, Century Fiesta should be your first option. We were especially fascinated by their Lady Gaga segment, which must be a major source of revenue, as well as their various cultural costume ranges, which included Vietnamese, Thai, Brazilian, Spanish and Korean costumes.

Aron Nawi Designs is a one-stop store with a wide variety of local and foreign costumes. They have everything from Malaysian culture to classic and contemporary costumes for the former. Other themed costumes, such as villains, halloween, dance, and uniforms, can also be rented. Simply put, Aron Nawi Creations alone has 20,000 different high-quality templates to pick from for every event you have in mind. They provide made-to-measure packages for those who want a personalised suit in addition to fully prepared costumes. Renting a complete costume package begins at RM 60 (for kids) & RM 100 (for adults) depends on costume design and accessories.

Costume Adonis and Dash, situated at Wisma Central, specialized in Halloween-themed costumes and skirts. They have it all: famous screen characters, fantasy, vintage, Arabian, sailor, cowgirl… you name it. Face/masquerade masks, vintage glasses, wigs, and caps are only a handful of the items available to go with your outfit. Every day of the week except Sundays, Costume Adonis and Dash is available from 10 a.m. to 6.30 p.m. Their store is also easy to access by public transit, whether by bus or LRT KLCC, with the latter being just a short walk away.

Hours: Monday to Saturday 11am to 4:30pm, Sunday Closed

Costume World, as the name implies, covers a wide variety of costumes from numerous races and cultures. English, Malay, Chinese, Indian, Thai, African, and Japanese are among them. Many inspired costumes relevant to TV, film, superheroes, and fairy tales are also available. Consult their shop at B-3A-17 Pusat Perdagangan Pelangi in Persiaran Surian, PJ, both for adults and children. Note that they are closed on Sundays and holidays. This is one of our favourite cosplay shops in Malaysia.

Hours: Monday to Friday 11am to 7pm, Saturday 11am to 4pm, Sunday Closed

Cool Costumes has a long tradition of having a wide variety of inspired costumes. They first established themselves in Singapore in the early 1990s, before spreading to Thailand and Kuala Lumpur (Berjaya Times Square). And if you’re searching for famous movie characters from Marvel, DC, Star Wars, or Ghostbusters, you can relax knowing that Awesome Costumes can meet your requirements. Best of everything, they regularly replenish their inventory with fresh stock each week, so make sure to check them out!

Eternal Costume and Cosplay Rental deals in cosplay suits as well as themed outfits focused on manga and comic books. Buyers can hire or lease the costumes, either secondhand or brand new, in addition to renting them. Costumes such as Japanese school girl uniforms, maids, Yukatas and Cheongsams are available, as well as items such as wigs to go along with the skirts.

There now you have a list of all the best cosplay shops in Malaysia. So the next time you have trouble finding a costume, you could always refer to this article.

Cosplay is when someone is performing art by dressing up in costumes and make up to represent their favorite characters from anime, video games, television and film. Not to forget, they will also act in the character that they are representing.

Are there any differences between cosplay and anime?

Yes, cosplay literally means dressing up in a costume that is inspired by characters in anime and manga. Meanwhile, anime and manga is reading things that are part of Japanese culture.

Do they have an age limit for cosplay?

No they do not. Cosplaying activities can involve all ages without an age limit.

What do I have to know before I start cosplaying?

As a beginner, you have to know these few things before you start. Firstly, make sure to choose one character that you love, choose two between ‘good, fast or cheap’,  do research on character, just do it, do not go alone, do not worry on accuracy and be brave.

Is it weird if I cosplay without wearing makeup?

It really depends on the characters and yourself. Somehow, you can just choose characters without makeup to cosplay, such as spiderman, final fantasy or any masked character. 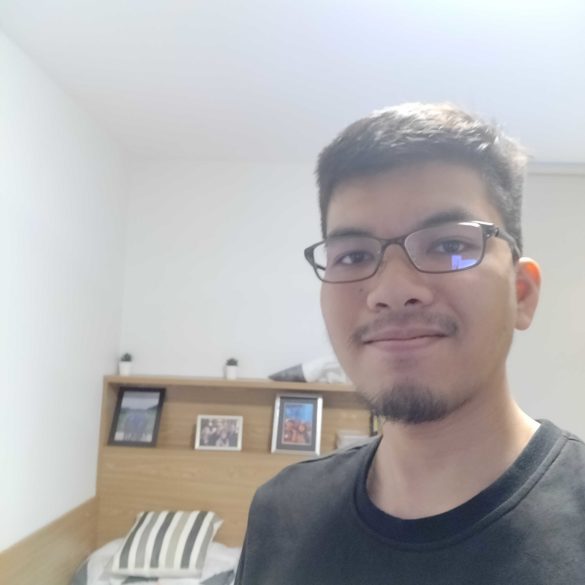