Malaysians love snacks, it can be shown from the variety of snacks that are available for the people of Malaysia to indulge. There are many ‘cultural’ delicacies that you can indulge in Malaysia (i.e. Pineapple Tarts, Rojak, Keropok Lekor, and many more). Therefore, it can be assumed that Malaysians have a wide food palette and are more acceptable in trying new delicacies. One of the currently trending snacks in Malaysia is Taiwanese snacks. Shihlin Taiwanese Street Food is most popular among Malaysians.

The Team’s Reaction To Snowflake Crisp

Following the trend, the team managed to indulge in one of the famous Taiwanese delicacies – Snowflake Crisps. This was our first time trying the dish, at first, it felt a bit foreign (in a good way) and it looked similar to nougats and Kek batik (one of Malaysia’s popular delicacies). When the team tried the product instils numerous opinions and reactions regarding the Snowflake Crisps. Overall, the team felt that the taste of the crisps is richer than nougats and it has a different texture than Kek batik. It was a ‘jaw-breaking’ new experience and we definitely decided that this dish is worth trying for. Amazed by the exquisite and unique taste of the snack, we managed to conduct an interview with one of the looming sellers of Snowflake Crisp in Senai to learn more about Snowflake Crisp and find out what makes it tick.

As an introduction to the dish, Snowflake Crisps are actually a modern delicacy that originated from Taiwan. This dish has been quite booming for the Taiwanese people and foreign tourists. It is similar to nougats with a harder, yet chewy, crumby, and crispy texture. What makes this dish special is its multi-layer composition of the milky-like flavour of nougats, mixed with an assortment of dried fruits and nuts. These elements create a unique flavour pallet on your every bite. Because of this, snowflake crisps have been a popular choice for ‘snacking’ for many people. As they can indulge it anytime and anyplace.

As for the origins, there are many different arguments about the origin of Snowflake Crisp. One of the arguments stated was in the Ming Dynasty of China, one of the ancient civilians made a snack according to the method in his dream in order to thank the emperor. The snack was originally made of maltose, peanuts, rice, and others and kneaded into a cow shape, so it is called a nougat. Later on, the nougat is directly cut into a rectangular shape for selling instead of cow-shaped due to slow production speed. After the modification, the Taiwanese baking experts added biscuits, nuts, and other ingredients, it then evolved into a popular snack and was called Snowflake Crisp.

The Origin Of You n Me Snowflake Crisp

The Taiwanese snack that we tried is the “You n Me Snowflake Crisp”. The founders are two sisters from Senai that were just trying to make snowflake crisps, after tasting how scrumptious the crisps turned out, the two sisters decided to sell the cookies with the name You n Me Snowflake Crisp. The team was able to contact and conduct an interview with Yihui (she is one of the founders). The interview was very insightful for the team and we decided to share what we learned with all of you.

You n Me Snowflake Crisp Flavours

“There are a lot of positive reviews regarding the flavour and healthiness of our product. The milky flavour Snowflake crisp is the all-time consumer favourites”.

In an interview with one of the founders of You n Me Snowflake Crisps, she illustrated that there are several challenges when trying to market this product in Malaysia. Firstly, the Malaysian market is not that familiar with the idea of this TaiwaneseSnowflake Crisps. The founders started selling on a small market scope – their families. The sisters relied on the positive reviews of the families that generate a word-of-mouth endorsement for their products.

Starting from their family to their siblings to their family’s friends and so on. This chain reaction gave a boost to the sales of their products and helped raise product awareness in the Malaysian environment. In addition to that, as we all know Malaysia is a diverse country with Muslim as the majority religion. Even if there is no halal certificate, the sisters have vouched for the product being Muslim-friendly because they do not use non-halal ingredients.

Due to, current pandemic strike in Malaysia, the people of Malaysia have been cautious about the product they consume because of their hygiene paranoia. Yihui highlighted

“During our cooking process, we use face masks and hand gloves to ensure safety”.

She even shared the way they make the product. The steps are quite simple and it only takes 15 minutes. Just melt butter and marshmallow, add in milk powder, stir it, add in the ingredients (strawberry, etc), mix it together, put it in a container, let it dry and it is ready to sell.

“Usually, we can cut up to 30 pieces in one go and this is why our product is healthy and freshly homemade”.

The Future For You n Me Snowflake Crisp

When asked regarding the future plans for You n Me Snowflake Crisps, Yihui stated that she has big plans for the brand and product. Yihui and her sister are planning to open retail outlets in malls and expand the reach of the product. As for the product, the sisters are planning to expand their variants by selling homemade and healthy chocolate biscuits. These biscuits will be similar to Famous Amos and Subway cookies.

To conclude this humble food review, trying Snowflake Crisp will be a unique experience that is worth waiting for. The first point to be highlighted is one of a kind texture. When you bite the delicacy it is chewy yet crumbly at the same time (kind of like a mixture of eating melted marshmallows and biscuits at the same time). The second point to be addressed is the taste when the Snowflake Crisp meets your tastebuds. It feels as though all the sweet, nutty, and sour flavour of all the complimentary condiments got mixed up and melts altogether. Last but not least is the health factor that is contained. In every bite because of the nutrients that are contained in the nuts, cranberries, strawberries, and the low sugar marshmallows.

So, what are you waiting for? Go and order You n Me Snowflake Crisp by leaving a direct message on the sellers’ Instagram account (@You.n.me.501). For further information regarding their products, you can also take a look at the posts and stories on their social media account.  If you are craving more desserts, check this out. 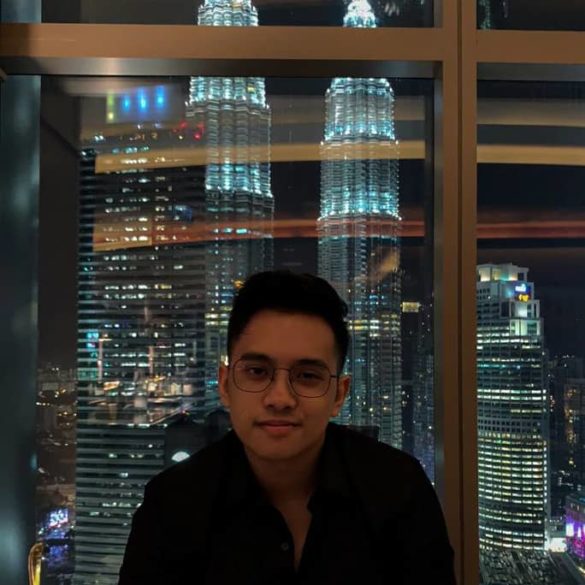