We’ve all learned through our science textbooks back when we were in high school. Discovering and getting to know more about our reproductive organs, how they work, and what to do and not to do to them. However, despite gaining this fundamental knowledge of our bodies, the menstruation cycle continues to be taboo in our society.

That being said, let’s re-introduce the menstrual cycle, and this time, let’s talk about it in-depth what menstruation really is.

Let’s Get To Know The Women’s Reproductive Organ

If you haven’t been paying attention during science class before, please read this closely.

Menstruation, also known as the period cycle, is normal vaginal bleeding inside the uterus. It’s the shedding of the uterus lining when the egg is not fertilised. The period cycle happens every 28 days on average, and periods usually last for 3 to 5 days. However, there are also cases where periods take longer time, but if it lasts for more than a week, it is highly recommended to get yourself checked.

What happens during the menstruation period?

Several things. Though the bleeding of the uterus lining usually lasts for 3 to 5 days, the entire menstruation process takes up almost a whole month. First, there’s the PMS (Premenstrual Syndrome), then the menstruation period, and finally, the week after that, which some call the post-menstrual period. Hence why the entire process is called the menstruation cycle. Girls and women go through this every month until they reach menopause, usually around the age of 51 and above.

And a few others more. Understand that women go through many emotional rides during the premenstrual syndrome phase because their bodies prepare themselves to be pregnant, so the hormones are raging and adapting to the preparation.

However–! That does not mean a woman must get pregnant. Keep this in mind because it will be highlighted in the next section.

Menstruation Is Still A “Taboo”

As aforementioned, though it is not much compared to before, menstruation is still perceived as something that isn’t allowed to be discussed in the open. Common misconceptions of menstruation include the following:

Due to taboos like this, it is difficult for girls to go through it without being judged or looked down upon. Also, not having much information about it at a younger age, primarily when it is not taught in primary school, makes it understandable for girls to be freaked out by a sudden discharge in their underwear.

It doesn’t help when they can only rely on female teachers or friends who have had their periods before them. What makes it challenging is the perspective of some men towards girls who have just started their periods. The menstruation cycle starts among girls around 11 (sometimes earlier by a year or two) or a bit later in their teen years, around 13 to 15.

Perspectives On The Menstruation Cycle

Such a delicate stage happens when puberty starts because young children are transitioning into young adults. Puberty usually occurs during the teenage years, between 13 to 18, and is one of the most crucial yet sensitive phases of a person’s life.

When a young girl at the age of 11 has just gotten her first menstruation, she will most likely panic and feel overwhelmed as she does not understand what is going on with her body just yet. However, in some perspectives, girls who have just gotten their period are considered ready to procreate, or in other words, prepared to have children.

Although it is biologically valid since her body will be constantly prepared to have a baby; emotionally and psychologically, girls are supposed to be girls. It means that girls around the mentioned age aren’t psychologically and emotionally developed just yet, as they have just begun their puberty phase.

Having that said, the perspective of viewing girls who have just had their period is one of the reasons for child marriages. Unfortunately, child marriages still exist in our country today, despite the protests and awareness being done to protect children’s rights.

The above also correlates with the earlier point that girls and women don’t need to have children just because they are biologically ready and able to. Menstruation is a natural biological process, so why must it be treated like it’s not?

Menstruation does mean that the body is biologically ready to conceive, but it does not imply nor equal that girls and women are psychologically and emotionally prepared to conceive one. Menstruation also does not mean they are ready to get married and settle down.

Normalise Acknowledging Menstruation And Its Symptoms

It is somewhat unfair that girls and women still have to pay so much for necessities like menstrual and heating pads, sometimes menstrual pills, to help deal with their menstrual cramps – especially those who are financially struggling to make ends meet.

Therefore, for men out there, if you notice the girls and women in your family struggling with their menstruation cycle, do not hesitate to provide a helping hand, and please do not take advantage of them while you’re at it.

It is hoped that everyone can normalise, acknowledge and understand menstruation. Let’s stop the hush-hush stigma and embrace menstruation as a normal biological process that happens every month. 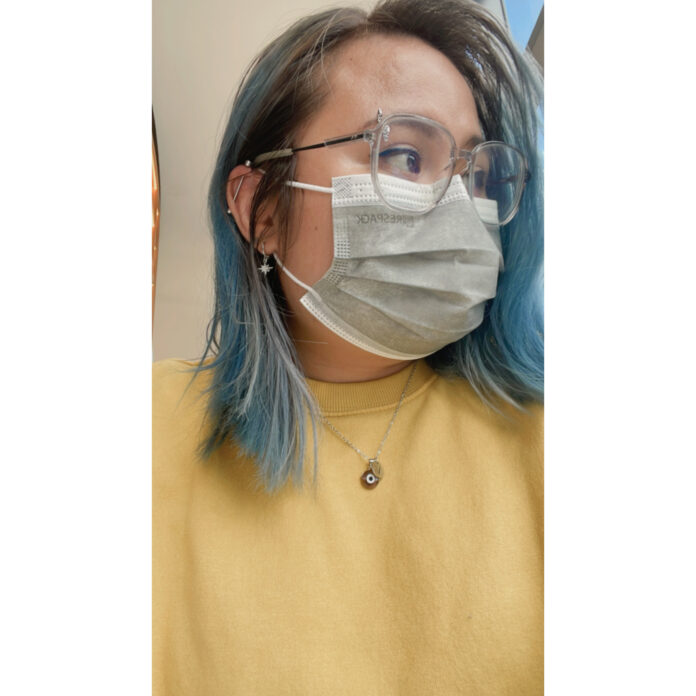