Social Media Stories in August: MRSM Kuantan Student Has Been...

Almost everyday, there are social issues and stories circulating around the world. With the help of social media, we have access to so many viral videos and news channels that fill us in on the latest news from all over the world.

Within just this week alone there are some intriguing events that occurred around Malaysia, social media platforms have picked up these stories and is accessible to the general public. This is one of the good things about modern technology that allows us to have which is to be up-to-date with so many social issues.

These are some of the top stories that made the news and was viral all over Malaysia.

1. Honda Driver Acts Like A Thug And Threatens A Couple On The NKVE Highway

Traffic congestion in Malaysia is something that should not be taken lightly. These traffic congestions can lead up to being delayed to our destinations for hours and can cause a lot of frustration.

With that Road Rage is normal and people usually express it within the confines of their car, but some people act out.

On the 21st of August 2022, a man was expressing his anger like that of a thug and threatened the couple that was recording the whole thing on their dashcam which went viral. This whole event took place on the NKVE highway.

ACP Mohd Iqbal Bin Ibrahim, the chief of the Shah Alam District Police, stated that the victims had called the police around 4:20 that day. The suspect, who was driving a white Honda, became irate when the pair changed lanes while they were travelling from Taman Melawati to Shah Alam.

The couple and the suspect were both in the centre of the highway when the suspect stopped his automobile in front of them.

He yelled at the pair after getting out of his car, which resulted in a yelling confrontation between the two of them. He then began to provoke the pair, urging them to exit their vehicle and engage in combat.

Their communication suggests that the suspect purposefully approached the victim’s vehicle’s rear before stopping in front of them.

The perpetrator is seen in the second video throwing an unidentified object at the victims’ automobile.

“The case is being looked into in accordance with Penal Code Section 279.” No physical altercations were seen, according to the statement.

Details about the news can be found in the link below. The details for the case and the dashcam footage are included.

2. Malaysians Leap into Action Saving a Woman Getting Mugged in Kuala Lumpur

A recent CCTV video of an attempted robbery in KL went viral when several drivers acted quickly to assist the victim and stop the robbers in their tracks.

On Sunday, August 21, at around 8:22 p.m., a woman can be seen walking alone in the CCTV footage that purports to be of the street in front of Wisma FGV in Chow Kit, KL.

She was strolling along the main road when two males on a motorcycle abruptly stopped next to her. One of the males got off the bike and began to seize and remove the woman’s possessions.

The woman doesn’t give up fighting and tries to reclaim her possessions from the mugger as he attempted to board the motorcycle that his companion was riding.

While all of this was happening, a Grab food rider attempts to thwart the getaway by crashing his motorcycle against the mugger’s bike.

Numerous other drivers could be seen stopping their vehicles in the middle of the road to assist the woman while the Grab rider got off of his bike.

The group of drivers was then seen confronting the two muggers.

The Muggers along with their motorcycle were caught by police officers because there was footage by CCTV.

The victim, who appeared to be a foreign woman and was carrying her backpack when she was mugged, was also captured on camera.

3. Malaysian Cleaner Auntie in KL Mosque is Multilingual and Has 30 Years of Tour Guide Experience

Malaysia is filled with many Multi-lingual individuals because of our rich culture and multi-racial Malaysians. This would mean that there is a possibility for someone to be multi-racial and multi-lingual, but this story is nothing like that.

On the 23rd of August of 2022, a Malaysian cleaner auntie surprised her countrymen when a video of her speaking fluent Japanese in a mosque in KL went viral on social media.

In an interview with Harian Metro, Kak Ning claimed that after 30 years as a tour guide, she decided to move to cleaning the National Mosque due to the epidemic and the closing of the borders. She is undoubtedly picking up new skills as she switches from being an experienced tour guide to a cleaner.

Her prior position required her to take visitors to the National Mosque, but she now works where she used to frequently go when she worked as a tour guide.

The National Mosque: Why? Kak Ning offers two very straightforward and sensible explanations for this: her husband and the tourists.

Kak Ning’s ability to visit her other half every day, who also works as a cleaner at the National Mosque, has been made simpler by her job there.

She is fluent in five languages.

Kak Ning’s proficiency in English and Japanese is enough to astound her fellow Malaysians, but many may not be aware that the 59-year-old auntie also speaks German and Arabic well.

In 1990, she began taking language courses to improve her fluency, beginning with the English language, and soon after that, she began working as a tour guide.

Kak Ning’s job as a tour guide required her to interact with travellers from many nations. Although learning a foreign language is never simple, Kak Ning had never let that stop her from trying. One year later, she began studying Japanese.

Kak Ning noted that despite the change in her line of work, she continues to work as a tour guide on the weekends. Kak Ning doesn’t use her advanced age as an excuse for doing less labour. 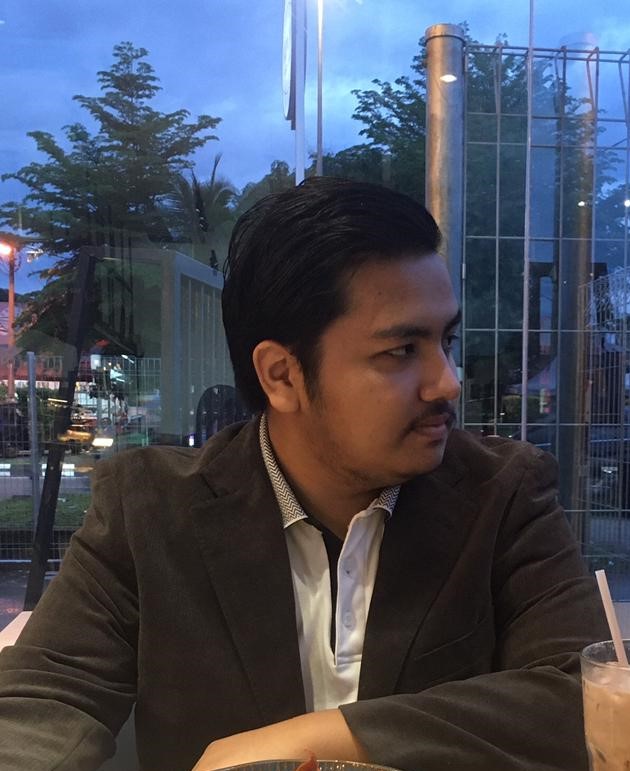