OREO Partners BLACKPINK For The Blockbuster Collaboration Of 2023

What It Actually Is?

Sci-Fi Books: Do you prefer reading something creative and out of the box? Science Fiction writing genre might be the best choice that you can consider to put in your reading list. I personally love reading novels especially when the book brings me to travel the whole universe. Let it be about the galaxies, mysterious underwater world, creative technologies and so many things.

If you want to read a modern genre, Science Fiction or Sci-Fi is the right choice. Though authors dealt with themes that are similar to those found in modern science fiction, their stories appear to lack the scientific and technological logical consistency that differentiate science fiction from earlier speculative writings. For example, other contemporary speculative genres like fantasy and horror.

There are a lot of Sci-Fi genre books that you can actually find in local stores such as Kinokuniya, Book Xcess, Pustaka Rakyat and a lot more. If you are someone who loves to buy a lot of books at one time, you should go to the Big Bad Wolf Book Expo so that you can buy books from various genres from as low as RM10. Some might cost you less than that. If you want to buy books from international stores and have worldwide shipping, Book Depository, Open Trolley, MPHonline and so on. Some might offer you free shipping and that is a good offer especially if you are purchasing in a big amount.

In this article, I will list down 7 Science Fiction books that you should read ranging from a beginner level to books that you read if you are a book lover.

The first book about Science Fiction that is still at the heart of the readers is this series. According to the news, Dune, Frank Herbert’s iconic science fiction novel first published in 1965, continues to have a huge influence on Sci-Fi readers. From Star Wars to Game of Thrones, Dune has impacted numerous later works. This book is the narrative of Paul Atreides, heir to a noble dynasty entrusted with managing a hostile world where the only item of worth is the “spice” medley, a narcotic capable of prolonging life and increasing awareness, is told in the novel Dune.

Veronica Roth, one of the best authors of all time. If you watch Divergent, you will surely know how good her stories are. The novel adaptation to the movies shows you how much of a Science Fiction her writings are. This book is about 5 teenagers – Sloane, Matt, Ines, Albie, and Esther – who successfully defeat the villain in this story which is called Dark One. They had been gathered by a secret government organization because one of them was destined to be the “Chosen One,” the one who would rescue the world, according to prophecy.

You know this Sci-Fi book is the ‘chosen one’ when the title itself shows it all.

Where to purchase: MPH Online, Kinokuniya (both, online and in store)

Movie The Martian is an adaptation from this book written by Andy Weir and was first published in 2011 and then was re-published in 2013 by Crown Publishing. The Martian is a Sci-Fi book about an astronaut, Mark Watney who claimed to be the first person to walk on Mars! Isn’t that insane? And is also said to be the first person to die there since no one has ever reached and walked on that planet before.

Mark finds himself trapped and utterly alone when a dust storm almost kills him and forces his crew to leave while assuming he’s dead. He has no means of even signalling Earth that he’s alive. Even though if he did, his supplies would be gone long before a rescue could come. He also tried his very best using the skills that he has been taught, to survive on Mars. Do you think he can survive? Read the book to know the details about his struggle from the first day he was stranded.

Sci-Fi Book 4: Hitchhiker’s Guide to The Galaxy by Douglas Adams

“Far out in the uncharted backwaters of the unfashionable end of the western spiral arm of the Galaxy lies a small, unregarded yellow sun.”

That is the first line, the starting of the book written by Douglas Adams way back in 1978-1980. Douglas Noel Adams was a novelist, scriptwriter, essayist, satirist, and dramatist from England. From that list, you will know how interesting and exciting his Sci-Fi books can be.

Hitchhiker’s Guide to The Galaxy is a book about Arthur Dent who was taken away from this planet, earth, by his friend. Together, this dynamic pair begin a journey through space aided by a galaxyful of fellow travelers. They are Zaphod Beeblebrox, Trillian (formerly Tricia McMillan), Zaphod’s girlfriend, Marvin (a chronically depressed robot) and Veet Voojagig.

Years of publication: Was first published in 1979

Ann Leckie, a charismatic author, has won 3 awards in the same year for the category best Novel. You see how good the book is? Giving it a try is not something that you will regret later. Ancillary Justice by Ann Leckie is the narrative of a battleship imprisoned in a human body and her quest for justice. The tale shifts between perspectives and time periods. From Justice of Toren’s millennia-old perspective to the solitary Breq’s, looping this space opera. From vast history to the personal and underlining Breq’s dual objectives.

If you are someone who loves to connect the puzzles in your head, this book might be the ones that you will put in your list and purchase.

Where to purchase: Book Depository

In a nutshell, reading books in Malaysia is a hobby that not everyone can commit to because it is literature and you will need some time to really understand what is the meaning behind every word in the book. My personal opinion is, if you want to buy Sci-Fi books in Malaysia, make sure you are purchasing from a trusted shop or online shop so that you will be able to get the best price. And a soft reminder to not spend a lot of money on things that you can get for a cheaper price. 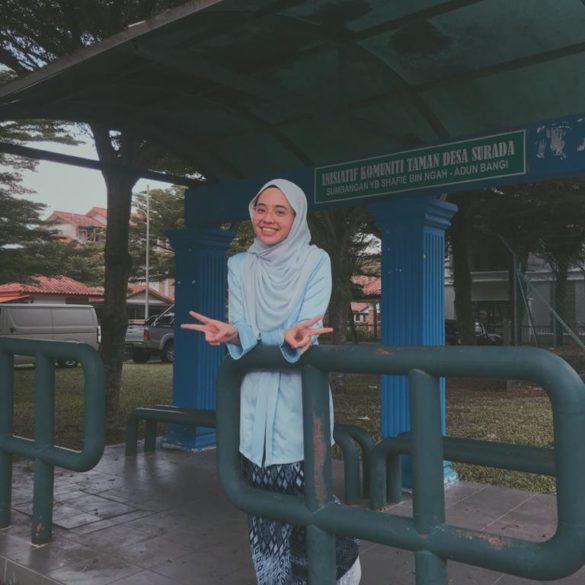